Do you see confession as a chance for coffee with Our Lord? Pope Francis suggests you could 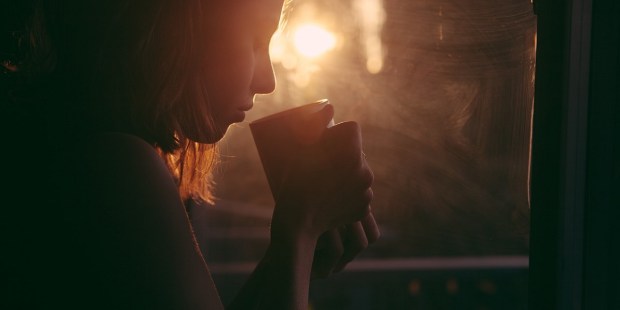 Christ is not seeking to condemn you, no matter what you’ve done, says the pope.

Pope Francis’ homily today in the Casa Santa Marta drew from the book of Isaiah, which he described as a true call to conversion. This first reading, he said, shows us the special attitude Jesus takes with regard to our sins: “He does not threaten,” the pope said, but instead, calls us “with kindness, gentleness, giving us confidence.”

In the reading, after having pointed out to them the evil they should avoid and the good they should do, the Lord says to the rulers of Sodom and the people of Gomorrah: “Come, let us reason together.” And, the pope said, He does the same with us:

“The Lord says, ‘Come now, let us reason together.’ Let’s talk for a while. He doesn’t frighten us. He is like a father of a small child who has pulled a prank, and he has to correct him. And he knows that if he approaches him with a stick in hand, things will not go well. He has to approach him with trust and confidence. In this passage, this is how the Lord calls us: ‘Come on, let’s have a coffee together. Let’s talk this over. Let’s discuss it. Don’t be afraid, I’m not going to beat you.’ And since he knows his child is thinking, ‘But I did something wrong…,’ he immediately [adds], ‘Even if your sins be like scarlet, they may become white as snow. If they be crimson red, they may become like wool.’”

Just like the father confronting his young child, Jesus begins by inspiring trust and confidence, to bring us to “forgiveness, and a change of heart.” He acted in the same way, the pope said, when he called Zacchaeus and Matthew; and He acts in this way in our lives, too. He helps us to see “how to take a step forward along the path of conversion”:

“Let us thank the Lord for His goodness. He does not want to beat us and condemn us. He gave His life for us and this is His goodness. And He is always looking for a way to get to the heart. And when we priests, in the place of the Lord, have to hear confessions, we too should have this attitude of goodness. As the Lord says: ‘Come on, let’s discuss this. It’s no problem, there is forgiveness.’ And from the beginning, there is no threat.”

The pope spoke about the experience of a cardinal who heard confessions. When faced with sins that he understood were very serious, the confessor didn’t dwell on them, but moved on, continuing the conversation: “And this opens the heart,” the pope emphasized, “and the other person feels at peace.” The Lord does the same with us, saying, “Come now, let us discuss it, let’s talk. Receive forgiveness. There is forgiveness”:

“It is helpful to me to see this attitude of the Lord: the [attitude of a] father with the child who thinks he is big, that he is all grown up, and yet is only halfway there. And the Lord knows that all of us are halfway there, and often we need this, we need to hear these words: ‘Come on, don’t be afraid, come. There is forgiveness.’ And this encourages us. Go to the Lord with an open heart: He is the Father who is waiting for you.”

Here is part of the reading from Isaiah: