Pope writing a document on holiness, says leader of his advisory panel 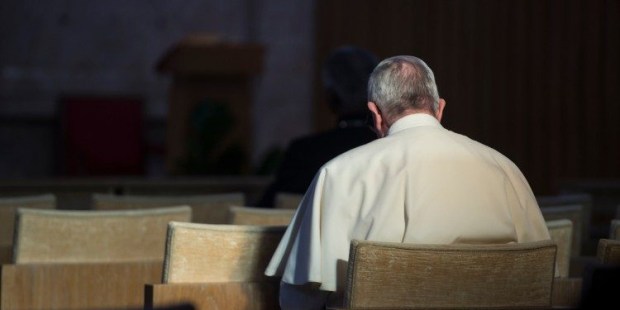 Apostolic exhortation could be released March 19, feast of St. Joseph

Pope Francis may soon publish a document on the theme of holiness, Cardinal Oscar Rodriguez Maradiaga, coordinator of the Council of Cardinals, told Vatican Insider today. The document would be an apostolic exhortation, one of the categories of documents that a pope writes.

The cardinal, who is archbishop of Tegucigalpa, Honduras, made this announcement on the sidelines of the presentation of the book Tutti Gli uomini di Francesco (“All Francis’ Men” in English) in Rome on February 28. He commented that the pope “is preparing a beautiful document on holiness.” It could be published on March 19, feast of St. Joseph, said Vatican Insider.

Shorter than the pope’s previous two documents – Evangelii Gaudium (2013) and Amoris Laetitia (2016) – this exhortation will contain an appeal to holiness addressed to all the baptized, said the cardinal.

Sanctity is a theme regularly addressed by the pontiff, especially in his catecheses. Holiness, said the pope on November 2014, is not “a privilege of the few,” but rather something that is to be a “gift to all” the faithful, including the laity.

The universal call to holiness is a key teaching from the Second Vatican Council.