After the victory over ISIS, Iraqi Christians are still struggling 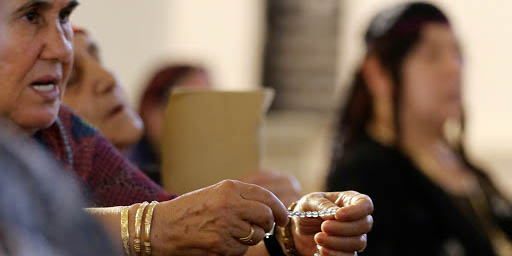 Christians of Mosul and the Nineveh Plains, who returned home after the victory over the Islamic State, are suffering unbearable pressure from the Shabak people.

Before 2014, Christians in the Iraqi region of Mosul and on the Nineveh Plains numbered nearly 140,000. But when Islamic State declared the caliphate, a tremendous migration took place which emptied the region of Christians.

After the Iraqi army—together with international allies—won their victory over ISIS last November, Christians have begun to return to their homes. By the beginning of February 2018, there was talk of thousands of people returning to their devastated towns.

A few weeks ago, various people with reliable knowledge of the Iraqi situation began to say that Christians there are suffering various pressures from the Shabak for political and demographic reasons. The Shabak are members of an Iraqi religious community. Some people consider them to be a mixture of Yazidi, Zoroastrian, Christian, and Jewish peoples and beliefs, whereas others say that this group believes in the divinity of Ali ibn Abi Talib, cousin and first son-in-law of the prophet Mohammed; still others say that they are of Kurdish origin.

But many believe that the Shabak are taking advantage of the control of the Shiite military forces, called Popular Mobilization Forces, to transform the region demographically into a Shiite area. Many Shabak are arriving from other regions of Iraq to live in the Mosul region, thus putting the Christians under pressure to impede their complete return, with the intention of changing the region’s demographics.

To conclude, let us take a quote from the Bible that reflects the situation of these Christians, hoping that the Word of God will break the indifference of the consciences of those responsible locally and globally:

“Come, all who pass by the way, pay attention and see: Is there any sorrow like my sorrow?” (Lamentations 1:12)