How to react to haters online … without becoming one yourself 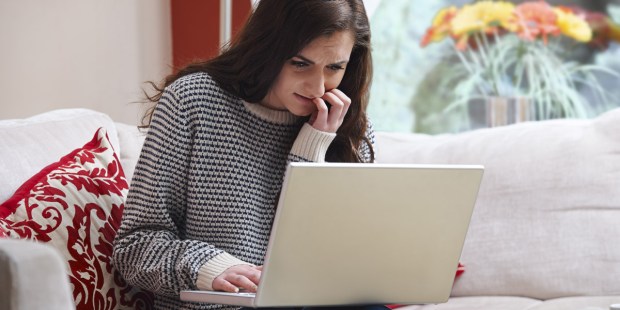 For a healthy life online, you need to be rooted in real life.

Cyberbullying takes place in a virtual space, but the pain is real. When people attack us with hateful comments or posts, we feel helpless, powerless, and hurt, and we can also experience fear and lower self-esteem. We might also feel anger and frustration — and as a consequence, aggressiveness. If we, as victims, give in to the impulse to take revenge, we can become haters ourselves, sometimes without even realizing that we have become what we are reacting against. Rather, we perceive what we are doing as necessary self-defense — we won’t let ourselves be hurt, made fun of, badmouthed, or victimized. Nonetheless, reactive aggression remains aggression, just as cyberbullying remains bullying.

It is often easier for us to become aggressive online than it would be in a real-world face-to-face situation. Anonymity often loosens social norms, so the ability to use an alias instead of our real name makes it easy to set empathy aside. In an anonymous environment, people easily reach for hateful speech that they would never use in a face-to-face conversation.

The aggressor is always responsible

It doesn’t matter who started it, or if it was provoked. We are not responsible for what someone else writes, but we are in control of and responsible for our own reaction.

A hater wants to hurt someone, but we can decide whether we feel the pain. Reading responses to hateful comments online, we often can conclude that many people have problems not so much with haters as with themselves; they are often overreacting, possibly as the result of poor self-image.

Practically all of us fall into this trap sometimes. We worry when people reject or criticize us, even if they don’t know us and we neither know them personally nor know what they represent. Why? Because we think we are supposed to be liked, and suddenly someone doesn’t like us.

We always want to be liked and accepted. We were raised to fulfill the expectations of our parents, and we learn to behave the same way with our friends, our husband or wife, and/or our boss. As a result, we have a hard time dealing with the fact that someone rejects us, perhaps especially when they do it “just like that,” because they want to. Maybe they just enjoy being nasty in their free time. We think we need to do something about it, to have the power on our side, and not give in to the hater or let him have the last word.

Of course, unfounded criticism, being made fun of, and insults always hurt. They hurt the first time we read them, and the third time too, but it’s not healthy if we continue to suffer for weeks, and we can’t set those feelings aside. That is a sign of oversensitivity and a serious lack of perspective, and maybe poor self-esteem or an overly delicate ego. For such people, constructive criticism can be just as difficult as the comments of internet trolls.