Who were the Pharisees and why did Jesus oppose them? 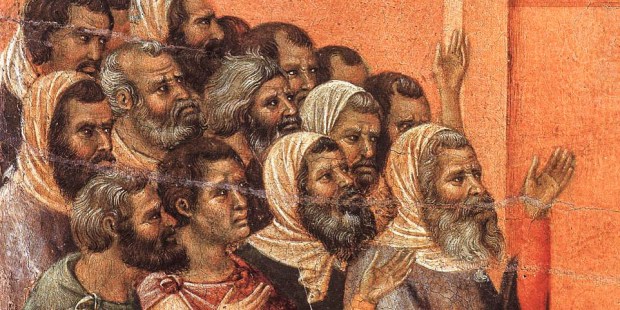 Jesus rarely had any nice words for the religious group.

A person does not have to read very far into the New Testament to understand Jesus’ disappointment with the Pharisees. He repeats it several times and even goes on a long discourse where he points out all their faults.

Woe to you, scribes and Pharisees, you hypocrites. You lock the kingdom of heaven before human beings. You do not enter yourselves, nor do you allow entrance to those trying to enter. (Matthew 23:13)

So who were the Pharisees anyway?

To better understand Pharisees, it is important to examine their name and cultural background. Various scholars give the following description of this religious group.

The name seems clearly related to the word paras, “to divide, separate.” This would yield two possible interpretations: “separated ones” and “interpreters” (those who would divide Scripture and thus interpret) … But from whom did they separate? The general consensus is that they separated from the “people of the land,” the ‘am ha’ares. This was a designation of the illiterate and the unrefined people of the land, the peasants, whose illiteracy impeded any careful fidelity to the religious duties such as concerned tithes and cleanness.

Others have described them as an overly zealous religious political party who were threatened by society and sought to cut themselves off from everyone else, especially those they deemed “unholy.” Whatever the historical reality was, Jesus did not paint them in a favorable light.

One particular path of holiness for them was to create a “fence” around the Mosaic law. This entailed hundreds of smaller laws that were aimed at keeping a person far away from violating one of the principal laws, such as the 10 Commandments.

According to some calculations, Pharisees developed “a system of 613 laws, 365 negative commands and 248 positive laws.” For these and other reasons Jesus saw the Pharisees as “locking” the kingdom of heaven, making it virtually impossible for people to be righteous in the sight of God.

Furthermore, corruption gradually seeped into the leaders of the Pharisees and some became hypocrites, dictating laws for the people to follow but not practicing what they preached.

While some Pharisees became the loudest enemies of Jesus, the Gospel of John speaks about Nicodemus, a Pharisee who came to Jesus to hear his teachings and later helped Joseph of Arimathea with the burial of Jesus. Historically Pharisees had many holy men in their midst, as well as many who succumbed to the temptations of the time.

One of the most famous Pharisees was St. Paul, whose conversion set him on a path to become a pillar of Christianity and a strong force in spreading it throughout the region.

Read more:
Don’t throw the Old Testament out with the bath water