5 of the best uses of gospel music in movies 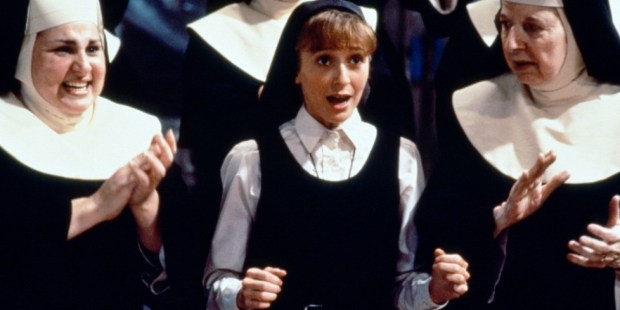 The signature gospel music in these 5 films makes them unforgettable.

There are few things that can have as potent an effect in a movie as a gospel song. An audience can be brought to tears by a well sung “Amazing Grace,” while “Ride on, King Jesus” can fill a theater with jubilation. Not only can gospel music change the course of the plot, it can reset the attention of a drifting audience.

Here is a list of some great classic movies that utilize gospel music to evoke just the right emotions at just the right times. These films use diegetic music — music that the characters in a movie play and hear — to emphasize the impact that these songs have on the characters. They’re all worth a watch if you haven’t seen them already.

Lean on Me – School Song

Lean on Me is a classic film about the life of a high school in Patterson, New Jersey. If Morgan Freeman’s character seems a little overenthusiastic in his no-nonsense-taking speech, keep in mind, when his character took the job he had to expel nearly 300 students who were drug dealers, abusers, and trouble makers. When the boys start singing, however, the smooth tones break through Freeman’s hard shell and change his opinion of these rowdy boys.

If you think they sound like Boyz II Men, just remember Lean on Me was released in 1989, during the height of that group’s popularity.

Ladykillers – Shine on Me

This Coen Brothers’ classic is full of gospel music compiled by legendary soundtrack man T Bone Burnett. The plot follows a group of shady individuals who want to rob a casino by digging through the basement of an old lady’s house. The heist goes wrong when she finds out and demands they return the money and turn themselves in. The group then tries to kill the old lady, hence the title, but a series of blunders, or perhaps divine providence, see each attempt backfire.

The prevalent use of gospel music amidst this sordid story sets a unique atmosphere for this dark comedy.

Lilies of the Field – Amen

Adapted from William Edmund Barrett’s novel of the same name, Lilies of the Field is one of those classic movies that everyone should see. Sidney Poitier gives an outstanding performance as a handyman who winds up building a chapel for a group of German, Austrian, and Hungarian nuns. Their cultures clash and he winds up butting heads with the Mother Superior, but they all grow from knowing each other. This is the last scene of the movie; knowing his work is done, Poitier leaves the nuns and rides off into the sunset like any helpful cowboy should.

Before we saw Cool Hand Luke, if you had told us we could be brought to tears by “Plastic Jesus,” we would have laughed out loud. Here we see Luke, played by Paul Newman, after having been informed of his mother’s death, found comfort in one of his mother’s favorite songs. Newman displays his mastery of his craft by starting it slow, singing it almost as a prayer, only to speed up halfway through as the frustration of his loss fully sets in.

Cool Hand Luke is a must see for anyone who calls themselves a movie buff.

Whoopi Goldberg was at her best for this 1992 musical comedy. Playing a lounge singer who winds up posing as a nun in witness protection, she uses her musical talents to help bring the community back to the church. It may not be as much of a “classic” as our other picks, but it’s full of great gospel music, especially this famous “Salve Regina” scene.