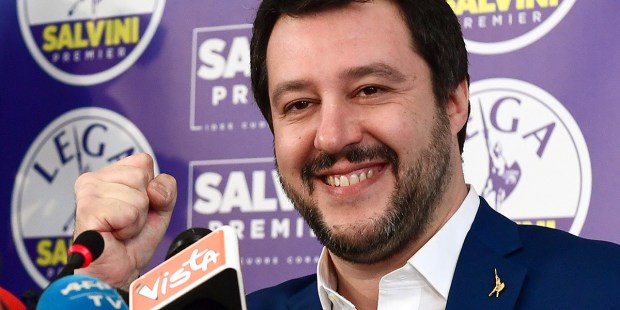 Established parties fail to get majority

Immigration from the Middle East and Africa has had an effect on European life and society, and now it has made itself felt in Italian elections.

A majority of votes in a national election on Sunday went to what the New York Times described as “hard-right and populist forces that ran a campaign fueled by anti-immigrant anger:”

… the parties that did well all shared varying degrees of skepticism toward the European Union, with laments about Brussels treating Italians like slaves, agitation to abandon the euro and promises to put Italy before Europe.

The most likely result will be a government in Italy — a founding European Union nation and the major economy of the Mediterranean — that is significantly less invested in the project of a united Europe.

No one party or coalition appeared to win enough support to form a government, so parties are expected to be undergoing negotiations. But the Five Star Movement, a web-based, populist party won about a third of the votes cast.

Alessandro Di Battista, a leader of the party, said on Sunday night. “Everybody has to come talk to us.”

The far-right League, a formerly northern-based secessionist party run by Matteo Salvini, gained about 18 percent of votes, according to preliminary results. Salvini has called for migrants’ expulsion from Italy.

Established parties failed to outshine the populist organizations. Even if former Prime Minister Silvio Berlusconi’s center-right Forza Italia, which won 14 percent of the vote, were to form an alliance with the governing, pro-Europe, center left Democratic Party, led by former prime minister Matteo Renzi, it would not be large enough to form a government.