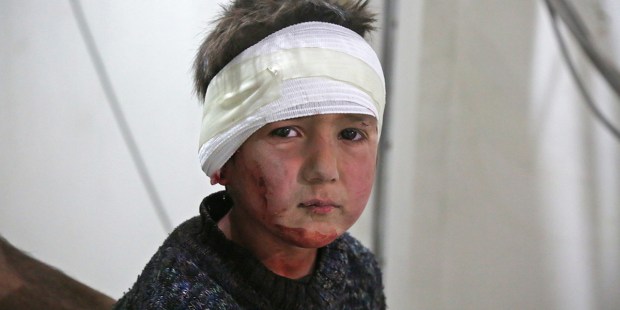 In a report on possible war crimes committed in Syria over the last six months, United Nations investigators charged Russia and the U.S.-led coalition with killing hundreds of civilians in air strikes, according to a Reuters report.

During the last six months, “victims of the Syrian conflict have suffered greatly as violence countrywide re-escalated to new heights,” the U.N. Commission of Inquiry said.

Since the war in Syria began almost seven years ago hundreds of thousands have been killed and 11 million have had to flee their homes. The United States joined the conflict in 2014, leading an international coalition which largely defeated ISIS, or ISIL, last year. Russia joined as an ally to the Syrian government in 2015.

While investigators found no evidence that civilians were deliberately targeted the report said “this attack may amount to the war crime of launching indiscriminate attacks resulting in death and injury to civilians.”

Investigators found that a U.S. coalition-led airstrike that hit a school sheltering displaced people in Raqqa in March 2017 killed 150 people.

“Information gathered by the Commission does not support the claim that 30 ISIL fighters were in the school at the time of the strike, nor that the school was otherwise being used by ISIL,” the report said.

“The international coalition should have known the nature of the target and failed to take all feasible precautions to avoid or minimize incidental loss of civilian life, injury to civilians and damage to civilian objects, in violation of international humanitarian law.”