In addition to being meaningful, these Gaelic names look and sound beautiful.

Need help choosing a name for your own little “Colleen”? That’s the Irish word for girl and one of the easier ones to pronounce or Americanize. While there are many beautiful Gaelic baby girl names, many are also incredibly difficult to spell — and to say. So we’ve stuck to the early saints whose names have often been linked to even earlier Celtic heroines. By going back through the centuries, there might be the odd detail that has been misinterpreted, left out, exaggerated, or poorly recorded. Nevertheless these 10 women, and the counties they are often associated with, have still had a huge impact on modern day Irish Catholicism, and their names would be a privilege to give your little lassie: 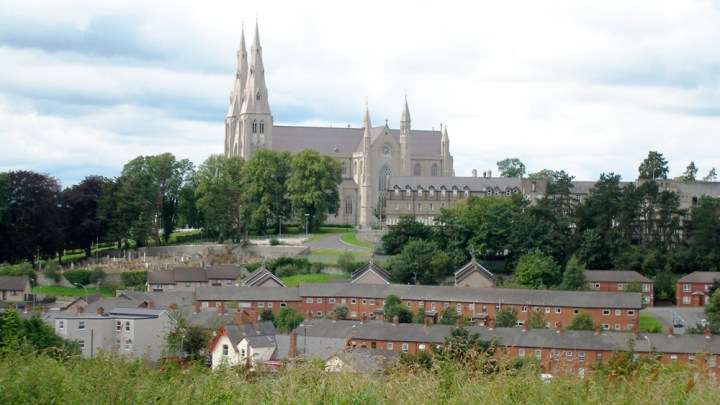 A beautiful name linked to many Celtic heroines and several saints. Yet St. Eithne from Leinster was a 5th century saint who happened upon St. Patrick and his companions chanting the Divine Office next to the Well of Clebach while out with her sister, Fidelma. The two girls requested to be baptized and received their First Communion. It is said that in an “ecstasy of rapture” the two girls “swooned away and died.” A church was built over their graves.

Born around 450, St. Brigid is one of the three chief saints of Ireland, along with St. Patrick and St. Columba. Born out of wedlock to a pagan chieftain and an enslaved Catholic mother, Brigid was raised a Catholic and was involved in many charitable acts. Prompted by her father’s push for her to marry, she scarred her face to deter any potential suitors, choosing to consecrate her life to God. On the day her vocation as a nun was acknowledged by Bishop Mel of Armagh, her disfigurement disappeared and her beauty returned. Devoted to work and prayer. she founded a monastery in Kildare where many came to seek her sage advice. With the name meaning “power, vigor, virtue,” you’ll be giving your daughter some great essentials.

Born in the 6th century, Bronagh is well known for the bell from Cell Brónche (the church of Bronagh) in County Down. As a disciple of St. Patrick, Bronagh looked after shipwrecked sailors, and legend has it she used her bell to warn seafarers of any rising storms and to summon nuns to prayer. A high cross was discovered among the ruins of her church, attesting to its significance in Christianity. In the 19th century, after a storm, a bell that is said to be the bell belonging to St. Bronagh was found in a tree. The bell can still be heard in the Star of the Sea Church in Rostrevor.

There’s very little known about this virgin saint from the 6th century, but a church bearing her name was apparently built in Roscommon. Meaning “slender” and “pure,” this tricky-to-spell name is both pretty and unusual.

Although not an Irish saint, St. Catherine of Alexandria was hugely influential among Irish Christians. Born around 287, Catherine had a vision of Mary at the age of 15 and converted to Christianity. With her powerful words, she converted many pagans, enraging the emperor Maxentius. Legend has it that when she was sentenced to death on a breaking wheel, it broke as soon as she touched it. Martyred in 305, her devotion to Jesus continues to be an example to Catholics all around the world, hence her special mention here.

The life of St. Cera, born in the 7th century, is often confused with another Cera born a century earlier. Yet, legend has it that when a town went up in flames, St. Brendan instructed the inhabitants to seek the prayers of Cera. Following her prayers, the town was saved. Another saint, Fintan, gave Cera and five other virgins an abbey in Heli, telling her to name it after St. Telle, who’d given birth to children — named Matthew, Mark, Luke, and John — that same day. The nunnery, Teyche-Telle, was built around 625, but Cera went on to found another monastery, Kilcrea, in her native province, Cork.