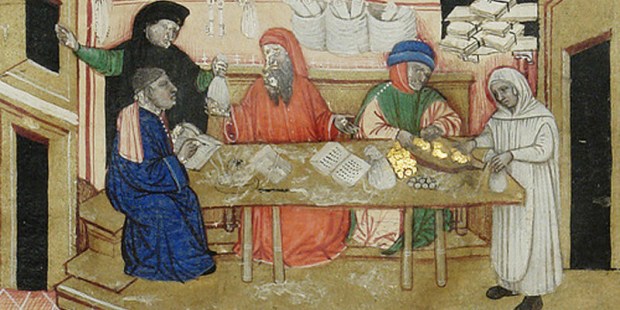 The foundations of the idea, still firmly stuck in the world’s mind, that capitalism was a pioneering invention of the Protestants were laid in 1905 by German sociologist Max Weber in his book The Protestant Ethic and the Spirit of Capitalism.

The ascetic types of Protestantism and capitalism

Although in his book Weber never claimed that capitalism was invented by the Protestants, his theses have thus been explained by his readers ever since.

Weber only wrote that Protestantism – or its ascetic type, to be precise (mostly Calvinism) – played an important role in the history of the development and formation of the capitalist spirit, which had already existed before the Reformation.

According to Weber, ascetic Protestants believed that according to specific Protestant work ethics it was worthless for a religious person to enjoy his wealth and do nothing. The acquired wealth had to be redirected back into production. Consequently, the hoarded capital beneficially influenced the development of capitalism (and, hence, industrialization)  particularly in the Netherlands, England and North America.

The rise of the Protestant Northern Europe

The fact is that since the 17th century Europe was economically dominated by some Protestant countries: first by the Calvinist Netherlands, then in the 18th century by England. However, this cannot be explained solely by the rise of Protestantism.

But before the Reformation, up to the 16th century, the richest European country by far was Italy, the true homeland of early capitalism.

The development of capitalist economy began in the 12th century in the north of the Apennine Peninsula (the city states of Venice and Genoa) and Tuscany.

Capitalism, the Renaissance and humanism

In Italy, the foundations of all main institutions of capitalism were laid: banking (the Italian bank Monte dei Paschi di Siena, established in 1472, is the oldest still operating bank in the world), double-entry bookkeeping, the idea of public debt, the concept of a company, and so forth.

In the 16th century, the flourishing capitalist Italy, which enriched the world with the Renaissance and humanism, was two hundred years ahead of its neighbors. The closest, only just over a hundred years behind, was France, according to the famous French historian Fernand Braudel.

Read more:
Free-Market Catholics Are Losing Their Faith (in Capitalism)