These Christian monasteries are the oldest in the world 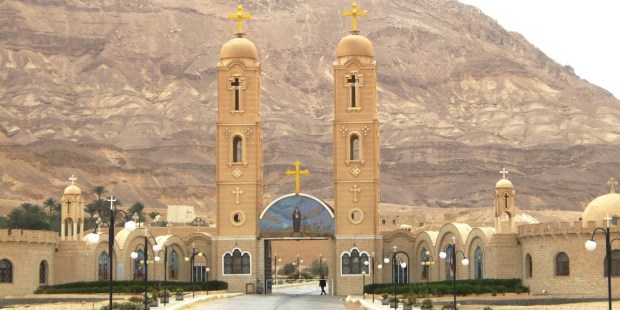 And one of them has been continuously inhabited by monks since its foundation.

The history of Catholic consecrated life dates to the earliest centuries after the death of Jesus Christ. Initially there were many unrecorded men and women who imitated the example of Jesus Christ and lived in isolation as hermits in the wilderness, dedicating their entire life to prayer and good words.

The first recorded Christian hermit is St. Paul of Thebes, who was born in 227 in Egypt. He initially went to the desert to escape persecution, but then remained there as he drew closer to God. His example inspired St. Anthony the Great to embrace a similar life of solitary prayer in the desert around the year 270.

St. Anthony is generally regarded as the “Father of Monasticism” or “Father of All  Monks,” as he attracted many followers who lived near him and learned his ways of Christian perfection. However, he did not establish any physical monastery, as his community created their own private cells around his, using nearby caves or small huts. It is believed that some of his initial followers established a monastery on the site of his burial in the 4th century.

This monastery is now known as the “Monastery of St. Anthony” and is located in about 200 miles southeast of Cairo. At first it was simply a group of hermits living in close proximity with each other, but over time the monastery became more formalized and grew into a community.

One of St. Anthony’s closest disciples, St. Macarius, also founded a monastery in the Egyptian desert that continues to be in use today, called the “The Monastery of St. Macarius at Scetis.”

Macarius lived from about 300-391 and was influenced by St. Anthony to dedicate his life to prayer. His example of holiness attracted many and Macarius assembled his followers into an “eremitical” or “semi-hermit” type of monastic living. According to the Catholic Encyclopedia, “The monks were not bound by any fixed rule; their cells were close together, and they met for divine worship only on Saturdays or Sundays. The principle which held them together was one of mutual helpfulness, and the authority of the elders was recognized not as that of monastic superiors in the strict sense of the word but rather as that of guides and models of perfection.”

Monks have lived in this way since it was founded in 360. Today the Coptic monks who live there carry on the traditions of their founder in the type of life they lead, as is detailed on their website.

We have no very precise timetable; each monk arranges most of his own time under the guidance of the spiritual father. But a bell wakes us at three in the morning for private devotions, each monk in his own cell saying the midnight office, making prostrations and saying personal prayers … After matins each monk takes up the task assigned to him by the spiritual father, which usually corresponds with the profession he followed in the world, while his spirit is uplifted by the atmosphere of worship in which he has spent the first few hours of the day in church. In this way the monks begin to experience the mysterious unity that can exist between work and the worship of God … At about mid-day we gather in the refectory to sing the ninth hour with its twelve psalms, and this is followed by the only meal of the day taken together … Following the tradition of the desert fathers, we celebrate the eucharistic liturgy only once a week, on Sunday morning.

This type of monastic tradition is the oldest in Christianity and was particularly popular in places like Ireland, where they created similar hermit-type monasteries that featured private cells huddled around a central church or gathering area. Skellig Michael is one of the most famous monasteries in this line of monasticism.

Read more:
How St. Anthony the Abbot defeated the devil

Read more:
Who were the Desert Fathers and why do they matter?