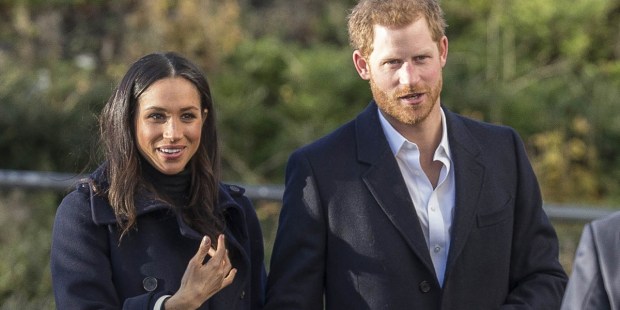 The water used at the ceremony was reportedly from the Jordan River.

In preparation for her upcoming wedding with Prince Harry, actress Meghan Markle was baptized and confirmed on Tuesday by Archbishop of Canterbury Justin Welby. The ceremony was conducted in the Chapel Royal at St James’s Palace, the same place where the body of Harry’s mother, Princess Diana, was laid before her funeral.

According to the Daily Mail, Markle had asked “Archbishop, Justin Welby, to lead the service after forming a close bond with him in recent weeks as he instructed her on the rites and sacraments of the Church.” Additionally, the water used for the baptism was reportedly from the River Jordan and Markle was accompanied by two sponsors.

Markle was never baptized, even though she was raised by a father who was Episcopalian and a mother who belonged to a different Protestant denomination. After her parents were divorced, she attended the Roman Catholic Immaculate Heart girl’s school in Los Angeles.

While it is said that Markle was baptized to appease the Queen, Archbishop Welby believes she is authentic in her desire to be a Christian. In an interview with BBC Radio he said, “I am very, very sure after conversations that this is no tick-box exercise of ‘We ought to get married in church’ … There is a profound sense of commitment, of seriousness both about faith and about their lives together which is quite inspirational.”

For the Catholic Church baptism is a sacrament of vital importance and even though many differences do not allow full unity among Christian churches, “it remains true that all who have been justified by faith in Baptism are members of Christ’s body, and have a right to be called Christian, and so are correctly accepted as brothers by the children of the Catholic Church.”

This teaching of the Church is based on the reality that, “The essential rite of Baptism consists in immersing the candidate in water or pouring water on his head, while pronouncing the invocation of the Most Holy Trinity: the Father, the Son, and the Holy Spirit” (CCC 1278). For this reason, the Church declares, “Whenever the Sacrament of Baptism is duly administered as Our Lord instituted it, and is received with the right dispositions, a person is truly incorporated into the crucified and glorified Christ.”

Even though many other differences remain, baptism unites Christians of different denominations and brings about a fundamental, irrevocable change in our souls. Hence Pope Francis and many others have often reflected that among Christians, there is much more that unites us than divides us.

Read more:
Joaquin Phoenix is deeply inspired by Jesus after playing him in ‘Mary Magdalene’