This man is trying to help Mideast Christians stay home 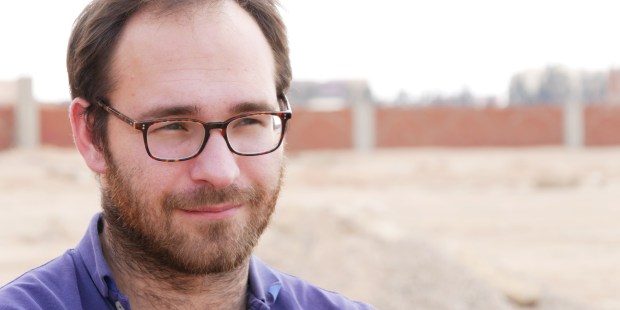 The main objective of the SOS Eastern Christians association, founded in 2013 following jihadists’ capture of Maaloula (Syria), has been to help Eastern Christians stay at home in the Middle East. The association gives them material aid and especially human help through a constant presence of volunteers in mission countries.

Five branches have been opened so far — in Jordan, Lebanon, Syria, Iraq, and Egypt — with more than 800 volunteers already serving the Christians of the East. The association’s main missions are to provide relief, care, rooting, education, and information.

During our interview with Charles de Meyer, President of SOS Eastern Christians, we discussed the association’s actions in the Middle East.

First of all, he told us about their locations. They are in the Lebanese cities of Beirut, Rmeich, Akkar, and Tripoli; in the Syrian cities of Homs, Aleppo, Maaloula, and Damascus; in the Iraqi cities of Baghdad and Erbil; in the Jordanian city of Amman; and in the Egyptian cities of Cairo and Alexandria.

De Meyer added that his association works by reaching out to local communities and trying to put themselves at their service.

Regarding the situation of Christians in the Middle East, he said “it can be reassuring in some countries, such as in Syria, where it is going better. We hope some of them can return, because it is very important for them to find their places with the peace that will eventually come.” But he added, “In Iraq, it is extremely complicated. There is the danger of an extinction of Christians, especially since the killings in Baghdad are ongoing.”

According to de Meyer, there are 3 levels of action:

– Classic humanitarian work: to meet basic needs by bringing water and food, and so on.

– Restoring social ties, such as where there are displaced people and refugees: to help them in the struggle for their dignity.

– Big projects: the association took part in the reconstruction of the cathedral in Homs. It is working on an employment project in Akkar, and next October it will open a Syriac Catholic school in Baghdad.

In addition, he called attention to the courage of Christians who agreed to stay in their neighborhoods in Aleppo throughout the war.

According to de Meyer, “Christians are asking to testify, because they feel that their voices are not being heard in the West. And so, they want to say what they’re living and what they think.” He added, “Eastern Christians are a richness for the whole world.”

“In Iraq, there are tens of thousands of people who are either displaced or immigrants, and if we do not help the Christians right away, they will leave,” said de Meyer. He added, “In 2014, in Kurdistan, it was 45-50 degrees Celsius (104-122 degrees Fahrenheit) and families were sleeping in buildings under construction or in parishes, so these were situations of extreme difficulty.” He said, “Christians in Iraq need the support of the international community.”

Calling all readers of Aleteia

“We ask for prayer, we ask all those who can trigger a large prayer chain so that people will help us. We also ask for prayer for our young volunteers, because they need spiritual support,” de Meyer said.