Following the HONY Rohingya series? Do you know what Pope Francis has said? 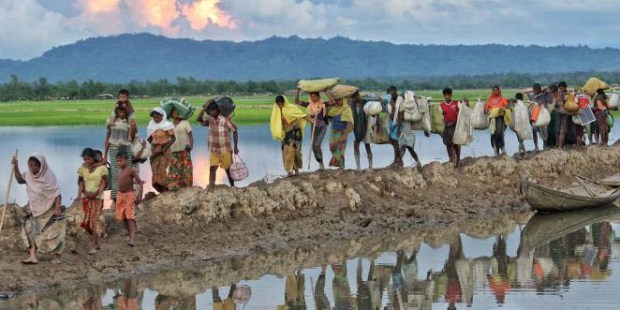 “Do not close your hearts. The presence of God today is also called Rohingya.”

If’ you’re like me and the 18 million other people who follow Humans of New York, your heart is being ripped out every few hours as Brandon Stanton posts an image and snippet on the plight of the Rohingya.

Seeing these stories has of course brought back to my mind Pope Francis’ intense trip to Myanmar and Bangladesh at the end of November and beginning of December last year.

Read more:
Pope Francis and the Rohingya: “I cried. I tried to hide it.”

The pope said on his flight home that speaking with these persecuted people brought him to tears.

“In that moment, I cried. I tried to hide it. They cried, too. And then I thought [about] how we were in an interreligious meeting and the leaders of the other religious traditions were there. ‘Why don’t you come too,’ [I asked the other religious leaders]. These were all of our Rohingya. They greeted the Rohingya and I didn’t know what more to say. I watched them. I greeted them. And I thought: All of us have spoken, the religious leaders, but one of you must say a prayer and one who I believe was an imam or let’s say a ‘cleric’ of their religion, made that prayer. They also prayed there with us, and seeing all that happened and the whole path, I felt that the message had arrived.”

He met with the Rohingya on the second leg of the trip, when he was in Bangladesh, where hundreds of thousands of them are taking refuge.

It was at that interreligious meeting in Bangladesh, near the end of the trip, that the Holy Father made this moving appeal:

“In the name of all those who have hurt you, and for the indifference of the world, I ask your forgiveness …”

“We are all created in the image of God,” added the pope. “Continue to help them, so that their rights may be recognized (…) Do not close your hearts. The presence of God today is also called Rohingya.”

Read more:
A deeper look at why the pope is in Myanmar

Read more:
A cardinal’s view of Bangladesh: Teeming with vocations, helping the Rohingya

The pope also said on the plane trip home that he was able to speak with the leader of the Myanmar army and other government leaders about the situation. Though, as the Vatican spokesman had pointed out earlier, the pope is a moral authority, but not “all-powerful.”

Long before the pope went to their homeland, he has been pleading with the international community to help the Rohingya.

For example, in August he asked God to save them and to raise up people who would respect their rights:

“Sad news has reached us of the persecution of our Rohingya brothers and sisters, a religious minority. I would like to express my full closeness to them – and let all of us ask the Lord to save them, and to raise up men and women of good will to help them, who shall give them their full rights.”

The Holy Father has also praised Bangladesh for its role in trying to shelter the refugees.

“What Bangladesh does for them is big, an example of welcoming. A small, poor country that has received 700,000 — I think of the countries that close the doors — We must be grateful for the example that they’ve given us,” he said.

Read more:
Rohingya: The next ethnic cleansing you’re not hearing about

The Economist has given this outline of the persecution of the Rohingya Muslims in Buddhist-majority Myanmar:

In 1982 the military government excluded the Rohingyas from a list of more than 130 officially recognised ethnic groups in the country, dismissing them as illegal immigrants from Bangladesh. That rendered them, in effect, stateless, and their mistreatment intensified. In 1991-92, around 600,000 Rohingyas fled across the border to escape violent persecution by the army.

Last August, a group of militant Rohingya attacked police stations. The ensuing reprisals brought on the biggest exodus of Rohingya yet with what the UN has described as “textbook ethnic cleansing.”

The term Rohingya is itself unwelcome in Myanmar because it refers to the provenance of this people. The pope, when he was in the country, in accordance with the recommendation of local Church leaders, did not use the term.