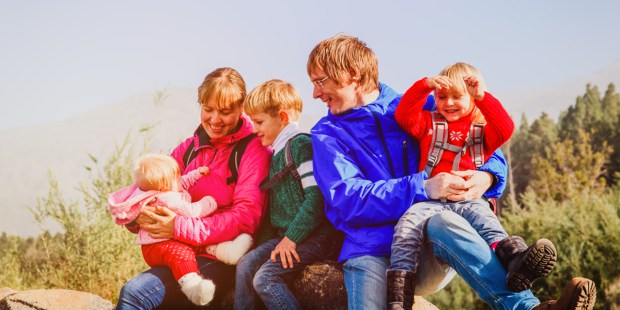 We’re used to the phrase. But understanding it means thinking outside the box.

As we prepare for a Symposium on Humanae Vitae at Benedictine College I’ve been thinking a lot about openness to life. It seems like the Church chose that phrase carefully. See if you agree with me here.

My 9-year-old son Charlie and I share a terrible problem. We’re not open to life.

All of my life I have been the same way. My wife, April, wants to go and do something out of the ordinary — a hike, a festival, being part of a show. I point out the difficulties, the obstacles, the hassles, but she stands firm and insists. I give in and go — and I’m always glad I did.

People like Charlie and me like quiet. We like home, and we want to stay there. The life we want is calmer and safer. But it is paler, emptier and poorer, too.

Openness to life means being open to who you are.

It means being open to the you that you see in the mirror, without disappointment or disgust.

Openness to life also means being open to new possibilities in your story.

It means not pre-determining that you can only be this small thing (“I can’t handle more than I have”) or that you must be this giant thing (“I should be amazing, like her”) but being open to where the path of your life will take you (“One step is all I can take, but it will be a step forward”).

It means being open to no plan sometimes, when your plan fails and what you thought was God’s plan disappears before your eyes.

It also means being open to having a child when you don’t want one.

It also means being open to not having a child when you have wanted and begged and pleaded with God for one for years.

Being open to life means sacrificing for life …

(But it does mean that whenever you get a taste of any of those things, it will fill you with gratitude.)

But openness to life also means being open to pleasure.