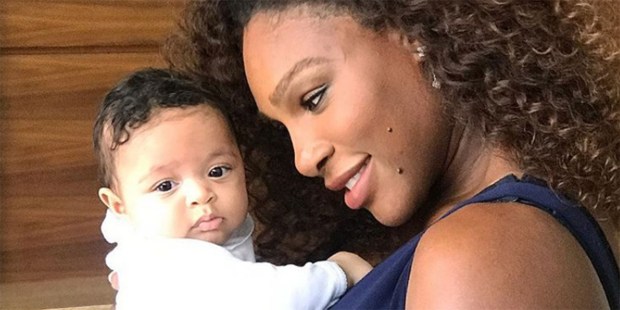 When the values of sports and motherhood unite!

Having a child is an experience that would change anyone’s life, whether you’re a famous tennis player, a housewife, or an engineer. Serena Williams is a woman who has had her ups and downs in the sport and in her personal life. After all, she has been a professional athlete for more than 20 years, and has also been a victim of constant criticism and mockery, both for her game and for her muscular body.

But with her first daughter in her arms and with her return to the tennis courts this month, Serena recently told Vogue that she prefers to take all these lessons from her different experiences and help her firstborn daughter, Alexis Olympia Ohanian, to become a woman who is more secure in herself.

The lesson she wants to teach her daughter is: “Don’t limit yourself.”

Why is this so important to her? Williams recalls that years ago, her goal was to earn 18 Grand Slam titles so that she could match the records set by tennis legends Christine Evert and Martina Navratilova, and when she was very close to achieving it, the stress and pressure that she had put on herself started to hurt her performance.

The tennis player felt at that moment that a light bulb went off in her mind: “Why would I want to stand side by side when I can stand out on my own? I think sometimes women limit themselves. I’m not sure why we think that way, but I know that we’re sometimes taught to not dream as big as men, not to believe we can be a president or a CEO, when in the same household, a male child is told he can be anything he wants. I’m so glad I had a daughter. I want to teach her that there are no limits when she wants something with all her heart and fights for it.”

Serena currently has 23 individual Grand Slam titles. She would like to win two more to overcome the record set by the Australian Margaret Court, but she says her new role as a wife and mother has changed her priorities. “I don’t need the money or the titles or the prestige. I want them, but I don’t need them.”