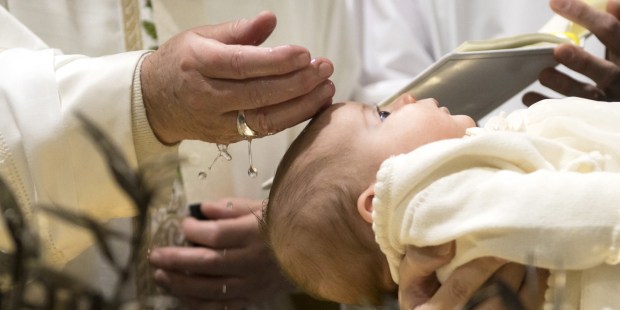 The “Our Father” is the prayer granted to us on the day of our baptism, which causes to resonate in us the same feelings that were in Jesus. “Jesus prayed in this way. It is so beautiful to pray like Jesus!”

This was Pope Francis’ reflection on the “prayer of the children of God,”  which he considered today during the general audience, as he continued with his catechesis series on the Mass.

“This is not one of the many Christian prayers, but rather it is the prayer of the children of God: It is the great prayer that Jesus taught us,” he said.

“When we pray with the ‘Our Father,’ we pray as Jesus prayed,” the pope reflected. “It is the prayer that Jesus recited, and taught to us, when the disciples said to Him, ‘Master, teach us to pray as you pray.'”

“Formed in His divine teaching, we dare turn to God calling him ‘Father’ … No one, in truth, could call him familiarly ‘Abba’ – Father – without having been generated by God, without the inspiration of the Spirit,” he said.

Francis reflected how so often, people say “Our Father” without knowing what they say, without feeling that God truly is their father.

“Do you have a relationship with this Father?” Francis asked.

Breaking of the bread

The pope went on to speak of the petitions in the Lord’s Prayer, including “forgive us our trespasses.”

“Forgiving people who have offended us is not easy; it is a grace that we must ask for: ‘Lord, teach us to forgive as You have forgiven me.’ It is a grace. With our strength we cannot do it: to forgive is a grace of the Holy Spirit,” he said.

The Sign of Peace follows the Lord’s Prayer: “In the Roman rite the exchange of the sign of peace, placed since ancient times before Communion, is ordered to Eucharistic communion.”

“The peace of Christ cannot take root in a heart incapable of living fraternity and of recomposing it after having wounded it,” Francis said. “Peace is given by the Lord: He gives us the grace of forgiving those who have offended us.”

These prayers dispose us for communing with Jesus, the pope said.

‘”Have mercy on us,’ ‘give us peace’ are invocations that, from the recital of the Lord’s Prayer to the breaking of the Bread, help us to dispose our mind to participate in the Eucharistic banquet, a source of communion with God and with brothers,” he explained.

And the pope concluded with the invitation that we not forget the Our Father, the prayer Jesus taught us, and with which “He prayed to the Father.”

“And this prayer prepares us for Communion.”

A book-interview with the pope’s reflections on the Our Father has just been released this week. See Aleteia’s excerpts here: How the future Pope Francis began thinking of the poor — by kissing bread

Read the rest of the pope’s general audience address here.

And check out the previous catecheses on the Mass in this Wednesday audience series: