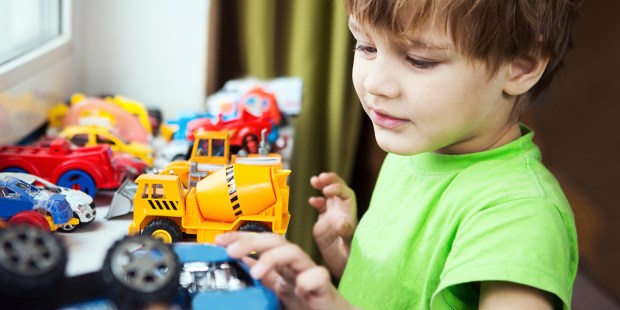 We see a big mess, but something important is often going on …

The other day, I walked back to my son’s room to tell him it was time to pick up and get ready for dinner. I opened the door to his room, ready to speak the words, when I saw something incredible.

He had carefully arranged his many Pokémon figures, army men, race cars, and dinosaurs into four quadrants. Each quadrant was in neat rows, facing inward. Three figures were in the center and he was in the process of moving a fourth inward for some sort of pre-battle conference.

I’m not talking about 20 toys, here. I’m talking upwards of 50 toys precisely arrayed in strategic lines, clearly prepared for an epic showdown. He must have been working on it for an hour, and he was clearly dedicated to bringing the concept to life because he had cleaned the rest of the room to make space for his troops.

He looked up expectantly when I opened the door, his face falling. “Is it time to pick up?” he asked quietly, resigned to his fate.

In that moment I was so glad I had spent time trolling the internet at lunchtime. It led me to this post at Scary Mommy about the downside to imposing strict pick-up times:

Maria Montessori, Jean Piaget, even Mr. Rogers understood that “play is the work of childhood,” and it’s important that parents are able to embrace and appreciate this fact. A child considers play his “work.” Whatever they have created, built, modeled, or painted, whatever world, role, or scene they have curated, feels important to them. Their work is masterful and meaningful, in the same way that your brief PowerPoint presentation or new scarf feels important to you. Even more significant, your child’s work represents newly acquired skills and abilities. Maybe this was the first time they put the train tracks together themselves, or maybe they finally figured out how to stack those Magna-Tiles just so.

I have no idea what prompted this particular array of toys, but Liam had clearly worked hard on it. Even more clearly, he was in the middle of a crucial moment in his imaginary world. But most clearly of all, he was resigned to the fact that his hard work and creativity meant nothing to me but a mess to be picked up.

I smiled at him. “It is time to pick up,” I said, “but it looks like you’ve been working so hard on this! I don’t want to make you pick it up now. Why don’t you play for 15 or 20 more minutes and then when you’re ready, pick up and come join us for dinner?”

His face lit up. “Okay, Mom!” he agreed enthusiastically. “I’ll do a good job, too.”

“I know you will, buddy,” I said as I began to turn away.

“Mom?” he said quietly before I could close the door.

“What’s up, buddy?” I responded, one hand on the doorknob.

“Thanks for seeing my battle,” he said with a smile.

I keep playing that conversation over in my head, because it could have been so different. But I took a minute to see, and that meant the world to my little boy. And he did do a good job when he picked up, too — much better than most nights. Which, in turn, meant the world to me.