Trappist monks to supermarket: Stop overcharging for our beer! 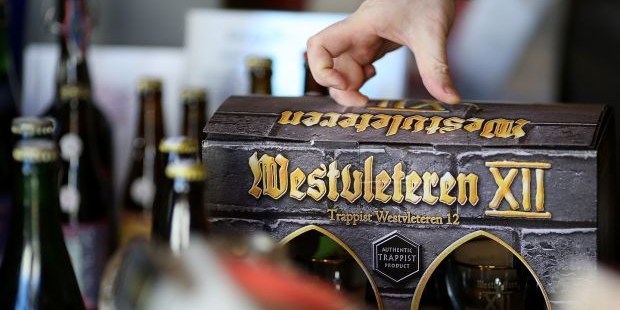 The brewers of the best beer in the world say the stores’ price-gouging goes against their values.

The monks at St. Sixtus Abbey in Westvleteren, West Flanders, have been carefully perfecting the craft of brewing beer for since 1838. Now with the secrets of fermentation firmly under their belts, the ales they brew are routinely voted best beer in the world. However, since they are one of only six Trappist Breweries in Belgium, if you want to try heavenly taste of monk-brewed craft beer, you’re going to need saintly levels of patience.

The process of acquiring these beers is complicated and a little arbitrary. The Guardian explains:

A buyer may reserve a maximum of two crates of 24 bottles every 60 days at a price of £31 to £39 a crate. They must pick them up at the gate of the abbey at the agreed date and time having registered the licence plate of their car in advance.

This process may seem like overkill for the distribution of beer, but the demand is so high for these beverages that this system is needed to keep businesses from exploiting their brand. Which is exactly what the monks of St. Sixtus Abbey found happening at a local supermarket.

Jan Linders, a popular Dutch supermarket, was found to be selling 3 types of the monks’ beer at more than 5 times the going rate. A spokesman for Jan Linders said they sold 300 crates of 24 bottles in mere hours. At a price of 9 euros per bottle, that’s more than 64,000 euros.

The spokesman claimed that the market wanted to reward loyal customers with a specialized beer. Following in the monks’ example, Jan Linders only offered up to 2 bottles per customer. He went on to explain that the price rose because they needed to buy from multiple sources.

Needless to say. the monks were not pleased that their legendary beer was hijacked. A spokesperson from the Abby said:

“A price of nearly €10 per bottle goes against the ethical standards and values that the monks face. Every beer lover knows that the Trappists of Westvleteren do not pursue profit maximization, they only produce as much beer as is necessary to provide for their livelihood. All the profits made go to the abbey charity.”