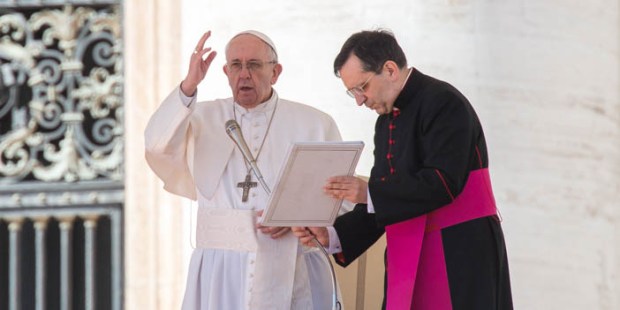 The former archbishop of Guam has been removed from office and prohibited from returning to the island nation, the Vatican announced today.

Anthony Sablan Apuron, 72, had been accused of various things, including sexual abuse of minors.

The Vatican statement said that Apuron was found “guilty of certain of the accusations.”

The sentence remains subject to appeal, but without appeal, will be final.

The archbishop was at the pope’s general audience in a wheelchair on February 7 and feebly walked to greet Francis.

American Cardinal Raymond Burke was the pope’s special envoy in Guam to investigate the case and one of the judges on the panel that reached the decision.

Coadjutor Archbishop Michael J. Byrnes, a former auxiliary bishop of Detroit, has taken over the diocese.

Accusations of sexual abuse against Apuron began surfacing in 2014 and in May 2016. Then some months ago, the archbishop’s nephew said he had also been abused.

In January, Apuron denied the allegations. “As I lay sick after another surgery and I face the final judgment approaching evermore close, having lost interest in this world, God is my witness: I deny all allegations of sexual abuse made against me, including this last one,” the archbishop wrote.

Apuron, a native of Guam, was ordained a priest with the Capuchins in 1972.