Where did the wood of Jesus’ cross come from? 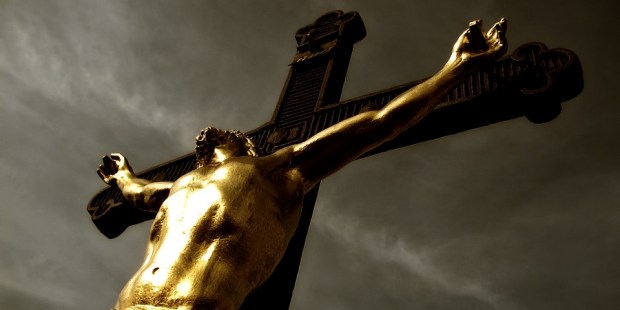 The legendary connection between the tree of knowledge and the wood of the cross.

Not surprisingly, the wood that Jesus was hung upon nearly 2,000 years ago is itself the subject of many myths and legends. Medieval Christians believed that everything was made for a purpose and that the wood of Jesus’ cross could not have been from a random tree, but from a specific tree with great spiritual symbolism.

One of the most popular tales is narrated in a manuscript from the 12th century entitled On the derivation of the Wood of the Cross from the Tree of Knowledge. In it a Christian monk named Lambertus shares the following legend:

When Adam was about niue hundred and thirty years old, he declared he should die; but that he must suffer from severe disease until he perceived the smell of the tree whereby he had sinned against God in paradise. And he said to his son Seth, “Go to the east, to the very brink of the ocean, and call on God with hands stretched out to heaven, and thou wilt perhaps find help in this matter.” When Seth fulfilled the commission of his father, he was transported by the angel into paradise, and after he had broken off a branch from the tree, he was brought back; whereon he returned to his father. Refreshed by the smell of the tree, his father died. Thereon Seth planted the branch, which grew to a tree and stood till the time of Solomon. The chief builders of the temple, when they saw how fine a tree it was, hewed it down; but the builders rejected it like the stone which is become the head of the corner. And it lay there unused for 1090 years, that is, till Christ came. Of this wood was the cross of Christ made.

While there is no evidence that this could have ever happened, the legend highlights a spiritual connection that does exist. St. Paul put it this way in his letter to the Romans, “Then as one man’s trespass led to condemnation for all men, so one man’s act of righteousness leads to acquittal and life for all men. For as by one man’s disobedience many were made sinners, so by one man’s obedience many will be made righteous” (Romans 5:18-19).

Or to put in the context of the two trees, “For as through one tree many were made sinners, so through another tree many will be made righteous.” According to this legend, it was through the same tree that both death and life were given to humanity.

Even though the legendary connection may not be true, it gives us a perfect meditation for Lent and reminds of the mysterious workings of God’s plan throughout history and how Jesus took on our sins and nailed them to a tree. The tree of knowledge is no more and the only tree that remains standing is the tree of life.

Read more:
Catholic Mythbusters: Could a large ship really be built from all the relics of the True Cross?