10 years after Mosul archbishop was killed, his beatification cause is opened 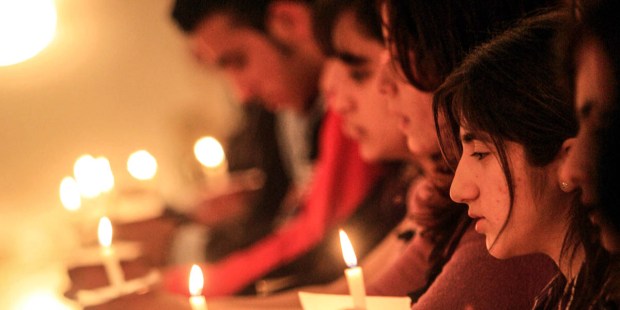 This week marks the anniversary of Al-Qaeda’s kidnapping and slaying of the Chaldean leader.

Ten years ago this week, on March 13, 2008, the body of Archbishop Paulos Faraj Rahho of Mosul, Iraq, was found outside the city. The news of the assassination of the 65-year-old leader of Chaldean Catholics in northern Iraq quickly spread.

For nearly two weeks, Archbishop Rahho had been held captive by Islamists. On February 29, 2008, a militia had brutally attacked the prelate while he was leaving church. The terrorists shot at his car, killing his chauffeur and his bodyguards. The archbishop was then thrown in a car that quickly disappeared.

After that sorrowful Friday, no one received further news of the archbishop. Only the kidnappers, members of Al-Qaeda in Iraq, communicated to ask a ransom of 3 million dollars. Despite the involvement of Pope Benedict XVI in attempts to free the archbishop, the leader of the Chaldean community was eventually assassinated and his body abandoned.

Read more:
Pope Francis: “Our unity is seen in the blood of so many Christian martyrs”

Today the Church in Iraq is looking for the martyrdom of the archbishop of the Chaldeans of Mosul to be recognized, along with that of other victims killed out of hate for the Christian faith.

“We must commit ourselves so that the sacrifice of this human life and of others are recognized by the Church,” explained Youssif Thomas Mirkis, the Chaldean Archbishop of Kirkuk. To “defend their faith,” explains the prelate, many Christians have sacrificed their lives. For them and for all those who wish to live on in their homeland, it is important that this death is remembered. According to the Chaldean prelate, it is a true “testimony of the integration of Christians″ in the region.

The sacrifice of Christians in Iraq killed for their faith is a drama that still continues today. On February 25 this year, a young Christian family man from Baghdad was killed in front of his home by a group of armed men. Nevertheless, the Archbishop of Kirkuk encourages the faithful to “always keep alive courage and hope,” and to “resist violence in the name of the Gospel.”