The Book of Job, in text messages 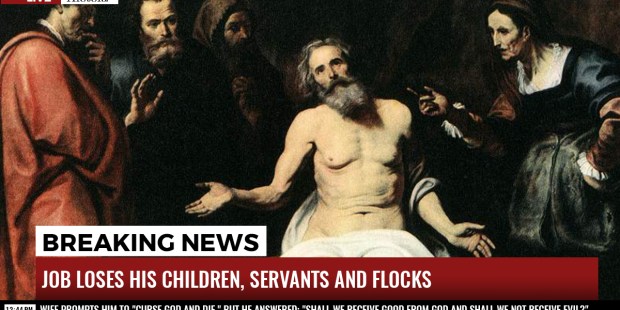 What if they had mobile phones in biblical times?

The book of Job, scholars agree, might be one of the most difficult ones in the Bible. In his book Sinning in the Hebrew Bible, Alan F. Segal, one of the first modern scholars to write extensively on the influences of Judaism on St. Paul, claims the author of the book, “in drawing his protagonist [Job] as Everyman, ensured that the book would be read as a treatment of a universal theme unrelated to any political, historical or theological issue peculiar to Judaism.”

The theme, of course, is that of the suffering of the innocent. Raymond Scheindlin, in his The Book of Job, thinks that “before there was a Book of Job, there was very likely a story of Job, an exemplary tale designed to teach a simple idea about religion and man’s duty to God.” In his The Prophetic Faith, Martin Buber says this book explains how “Job struggles against the remoteness of God, against the deity Who rages and is silent, rages and ‘hides His face,’ that is to say, against the deity Who has changed for him from a near-by person into a sinister power.” Yes, Job  is a pretty difficult book. But what if we tried another way to its core teachings?