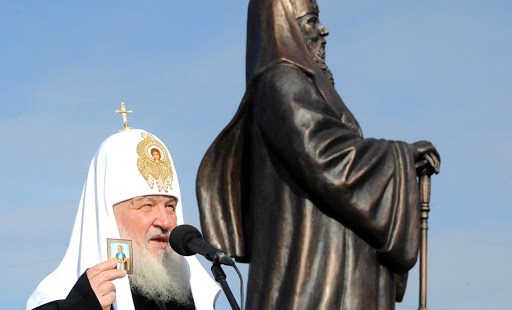 The leader of the Russian Orthodox Church send a congratulatory message to Russian president Vladimir Putin upon his re-election, saying that the election showed that Russians had united behind him.

In a message released to the press, Patriarch Kirill wrote:

“Your convincing victory at the elections in open and honest procedure with high turnout witnesses to the fact that Russians of various nationalities, religions and confessions, to different social and age groups, even to different political views have united around you.”

In the message, the Primate of the Russian Orthodox Church said that the election was an affirmation of Putin’s vision of “a peace-loving, truly sovereign state that secures human rights and freedoms and bears responsibility for preserving and multiplying spiritual, moral and cultural values that formed our country.”

“May God keep you in good physical and spiritual health and give you strength to carry out what you have planned, which was so decisively backed up by our people. To you, national leader, on behalf of the Russian Orthodox Church I declare: many good years!” the patriarch said.

Putin was elected to a fourth term with more than 76% of the vote according to an official tally. Turnout was reported to be more than 67%.