This chapel in Pittsburgh is home to 5,000 relics

That's the largest collection outside of the Vatican.

St. Anthony Chapel, a Romanesque-style church located in the Troy Hill neighborhood of Pittsburgh, Pennsylvania, was founded by Father Suitbert Mollinger, a Belgian-born missionary and priest, in 1880.

The son of a wealthy family, Mollinger used his inheritance to build St. Anthony’s as a place of worship that could host his growing collection of thousands of relics, which would come to be the largest collection of sacred relics outside the Vatican.

Before coming to the U.S., where he was ordained a priest in 1857, Mollinger had lived in Belgium, the Netherlands and Italy, where he studied medicine at the Universities of Rome and Genoa. After receiving the call to priesthood, he left Europe to become a missionary in the United States, eventually settling in Pittsburgh, where he founded a school and convent.

At this time, Mollinger’s relic collection grew due to the rise of nationalism in Europe during the 19th century and the resulting clashes with the Catholic Church in Germany and Italy. Land disputes  between the new Italian state and the Papal state led to the destruction of many monasteries. Relics would often get lost or stolen, so Mollinger tried to acquire some in order to preserve them. 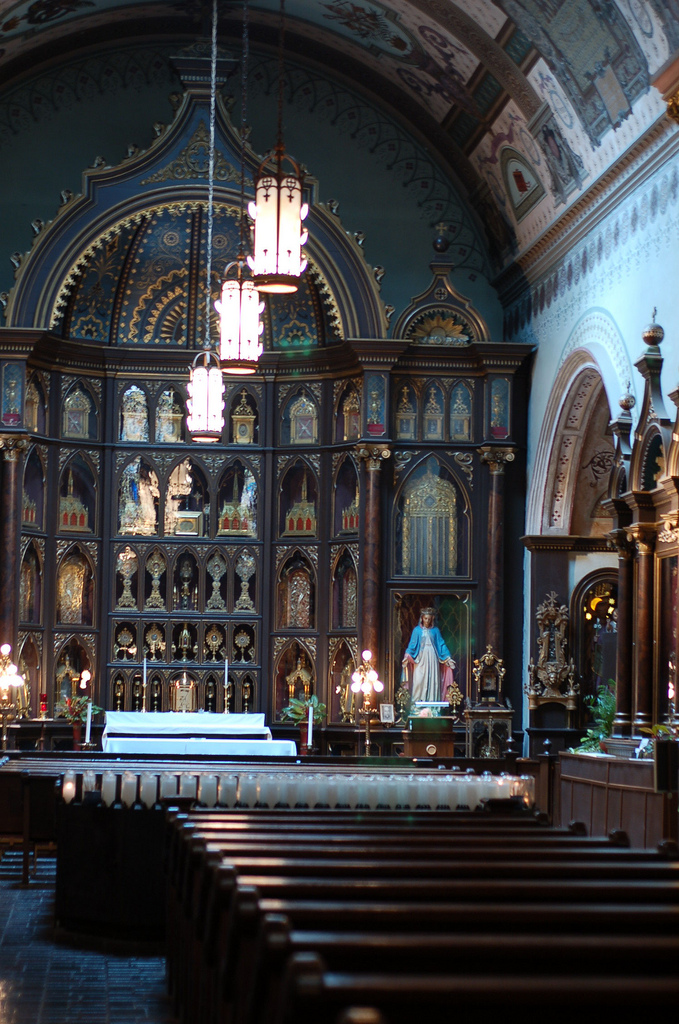 In Germany, Chancellor Otto von Bismarck’s “Kulturkampf,” or “culture struggle,” called for state intervention over education — which at the time was mostly provided by the Church — and ecclesiastical appointments. The Church resisted, and some bishops and priests were arrested and forced to leave the country. Many thought that relics were in danger and thus attempted to send them to safer locations.

The chapel at Troy Hill became one such “relic sanctuary.” It is estimated that between 1868 and 1892, 800 cases containing 5,000 relics were transported from Europe to the newly built St. Anthony Chapel, whose entrance archway bears the inscription: “The bodies of the saints rest here in peace.”

Among the chapel’s relics are the skull of St. Theodore, the complete skeletal remains of St. Demetrius, a piece of the shroud of Jesus, a tooth of the chapel’s patron, St. Anthony of Padua, and particles of the True Cross of Christ.

But the relics were not the only reason why Mollinger became such a beloved figure for Catholics in Pittsburgh and from all over the country.. He was also known as a miraculous healer who used his spiritual gifts and his medical training to treat over a 100 patients each day. In a clinic inside the rectory he would treat patients and then bless them with one of the chapel’s sacred relics.

Every year, tens of thousands of pilgrims would flock to Pittsburgh from across North America to attend the Feast of St. Anthony of Padua, during which the bearded priest would preside over his famous healing service. A small museum of artifacts pertaining to Mollinger’s life includes a collection of crutches canes, and eyeglasses, abandoned by those who claimed to have been cured. His legacy still endures today and is symbolized by the towering granite monument built in his honor on top of the hill of the parish cemetery in Reserve Township, Pennsylvania.