How to survive “financial infidelity” 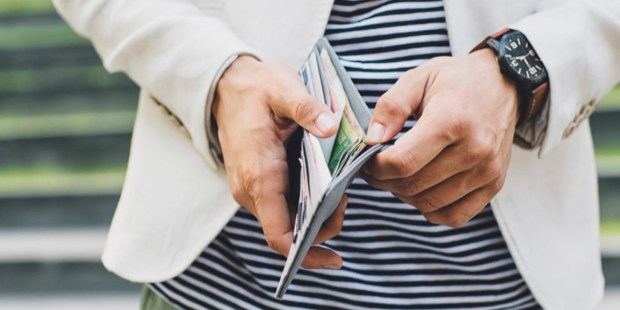 Your spouse broke the money rules? You can heal the relationship with a new approach.

Back in the day, there was one rule: Husbands controlled the checkbook. In the past several decades that’s changed, and now there are new ideas about money “rules.” Many couples earn two incomes. Some pool their money; some keep it separate; some choose to do a little of both.

What hasn’t changed is that there are still money rules of one kind of another. For example, they might involve budget parameters set up around bank accounts, large purchases, and amounts of debt.

If there are rules, well, some are going to be broken, right? When my husband and I first married, we lived on my his income for several months while I looked for a job. We had decided to pool most of our money into one checking account, while keeping separate savings and retirement accounts. We also agreed to check with each other before making any purchase over $100.

The day my first paycheck was deposited, I was elated. I went to the bank to withdraw some cash — and learned that our account was nearly empty! Unbeknownst to me, that mutual checking account had been drained by my husband, who used the proceeds to buy a new TV and stereo. Evidently those months of living off of his paychecks had led him to believe a splurge was in order.

I was furious. My spouse had trampled on our mutually-agreed-upon money rules. I immediately arranged to have my paycheck deposited in a different bank, and each month had a specified amount placed in our joint account. It took me a few years (and a few jobs) to trust him again with money.

Experts will tell you that fighting about money can break a marriage faster than anything else. Money rules are important and can keep your financial life on the right track. But what do you do if a spouse breaks those rules? In those olden days, when men made all the money, women were portrayed in popular culture as dizzy spendthrifts, always off to fritter money away on silly hats and pretty frocks. Nowadays, women bring home the bacon too, and they’ve found that being silly, frivolous — or deceitful — about money isn’t constrained by gender.

Today, many experts identify what my husband did as “financial infidelity.” In 2016, the National Endowment for Financial Education reported that 42 percent of Americans who responded to a poll admitted lying to their partners about their finances.

Read more:
How to make sure you’re communicating with love

If you’ve guessed that the word “lying” is the most important part of that sentence, you’re onto something. The TV and stereo my husband bought weren’t for his use only; the items were to enhance our life together. Most of the time, the money that’s spent when rules are broken, or what was purchased, isn’t the problem — it’s the secrecy. Spousal resentment and lack of trust can breed further unhealthy communication. “Lies beget lies,” as our grandmothers might have said.

I’m far from the only woman who has experienced a money lie from her husband, and my experience is benign compared to other women’s. Jenny, a publicist in Duluth, Minnesota, relates that without telling her, her now-ex-husband took money from their 401(k) account to buy a motorcycle. Bernadette, a Westchester life coach, says that she discovered her husband’s affair from hotel charges on their credit card — a double infidelity. And Jeanine, an antiques dealer in Saratoga, New York, had a spouse whose spending was so out of control that once he’d run up his own credit cards to the max, he used hers. (I’m using first names only to protect their privacy.)

Communication is key, but professional advice can help

Both financial and relationship experts say that divorce doesn’t have to be the outcome from a spouse’s bad behavior with money — even if it’s extremely bad behavior. “For married couples, avoiding money mistakes is all about communication,” says Joshua Brein of Brein Wealth Management in Bellevue, Washington. “I have seen many couples who are on the same page about a lot of issues personally, but have very differing opinions and spending habits when it comes to money and spending.”

Brein says lack of communication about money can lead to real conflict if it gets out of control. So what should happen if money rules have been broken? A husband should show his wife that he has actually learned a lesson, says Brein. “End that bad habit before it gets worse. I always say, treat your marriage like a relationship but treat your money as if you’re a business with two CEOs.”

Jessica Markham, a family-law attorney in the Washington, D.C., area, says that it is becoming more common for couples to negotiate a “post-nuptial agreement,” wherein each party outlines financial responsibilities, obligations, and agreements. “This type of written agreement can ensure that both parties are open and honest and can avoid future disputes,” says Markham. “If there has been a serious violation of trust, this type of agreement can also reaffirm each party’s intention to remain in the marriage and to disclose fully all of their financial activities in the future, a sort of ‘in-nuptial’ agreement.”

Forgiveness lets you start over and move forward

While everyone — married couples, divorced couples, and experts — agrees that setting clear expectations and communication from the start is the best practice, we all know that things can go wrong at any stage of a marriage. As in my case, the reasons aren’t always nefarious. Husbands might break a money rule because of a temporary bout of overly optimistic enthusiasm (as in our case), or because they want to give their wife a treat, or because they simply make a mistake (e.g., a man tries to make an investment and doesn’t choose the right fund). Just as we would with most mistakes, we need to forgive and move forward.

The best thing to focus on is keeping the lines of communication open. If your husband does break a money rule, talk with him about it as soon as possible and as calmly as you can. If the rule he breaks doesn’t have anything to do with infidelity, addiction, or abuse, ask how you can help him to chart a new course. However, if his behavior reveals a deeper problem, get professional help, whether that’s a trusted counselor or a recommended expert.

Read more:
5 Signs you need marriage counseling … even if your marriage isn’t in crisis