Why do Eastern Christians use leavened bread for the Eucharist? 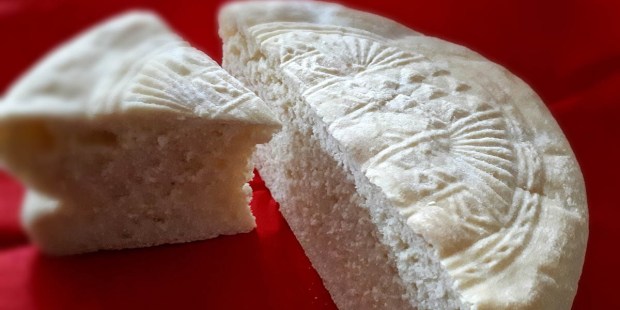 The answer is rooted in the past and the rich symbolism that it provides.

Responding to Jesus’ command to “do this in remembrance of me,” the Catholic Church has continually celebrated a Eucharistic feast of bread and wine for almost 2,000 years.

However, the Church from the very beginning has taught that the bread and wine used in the celebration must meet certain guidelines in order for the miracle of transubstantiation to take place, authentically converting (through the power of God) the matter of the sacrament into the body, blood, soul and divinity of Jesus Christ.

While the Latin Rite has used unleavened bread for many centuries, the Eastern Rite is allowed to use leavened bread. This dates back to the first few centuries of the Church when leavened bread was more commonly used for the Eucharist both in the East and West.

In the Eastern tradition leavened bread represents the resurrection of Jesus, and early on they did not feel it was necessary to directly imitate the Last Supper (some scholars still debate over what type of bread Jesus used when he instituted the Eucharist). They believe that the Eucharist is much more than a representation of the Last Supper and focuses on the connection to the heavenly banquet.

Originally the bread and wine offered at Mass were made by the parishioners and presented at the Offertory (the Roman Rite maintains a remnant of this tradition). Many Eastern Rites continue this tradition by having a member of their parish prepare the Eucharistic bread, called prosphora.

The type of leavened bread used is extremely simple and includes wheat flour, yeast, salt, and water. This corresponds to the Code of Canon Law for Oriental Churches, which states, “In the Divine Liturgy the sacred gifts which are offered are bread made of wheat alone and recently made so that there is no danger of corruption and natural wine of the grape and not corrupt.”

Many who prepare this type of bread only do so after first going to confession as well as fasting in the morning. There are no specific prayers to be said while baking this bread, but some pray the Psalms or Jesus Prayer before and during the process.

Another common feature of this bread is a religious seal or stamp that is used before it is baked. According to the Mount Athos monastery in Greece, there is a rich symbolism in this process.

A prosphoron is made up of two separate round pieces of leavened dough which are placed one on top of another and baked together to form a single loaf. This double-loaf represents the two natures of Christ: human and divine. Before baking, each prosphoron is stamped with a seal usually bearing the image of a cross with the Greek letters IC XC NIKA (“Jesus Christ conquers”) around the arms of the cross. This impression is baked into the bread and serves as a guide for the priest who will be cutting it.

Then during the Divine Liturgy the bread is cut in a very specific way.

A religious holy bread seal (sfragida) stamps a special design on the prosforo before baking. During preparation of the Eucharist, the priest conducts the proskomithi in which he first cuts out the center of the stamped design that says “IC,XC, NIKA (Jesus Christ Conquers). It becomes the Body of Christ (the Lamb). Then the large triangle on the left is cut in honor of the Virgin Mary. The nine small triangles on the right are cut to commemorate the angels, prophets, apostles, holy fathers and prelates, martyrs, ascetics, holy unmercenaries, Joachim and Anna, and all saints, including the saint of the day’s liturgy. The last cuts are tiny squares to remember specific names of the living and the dead.

The traditions of Eastern Christians are very ancient and provide rich symbolism for the miraculous transformation that occurs at every Divine Liturgy.

Read more:
How are Eucharistic bread and wine made?