Drug use: What’s the difference between addiction and dependence? 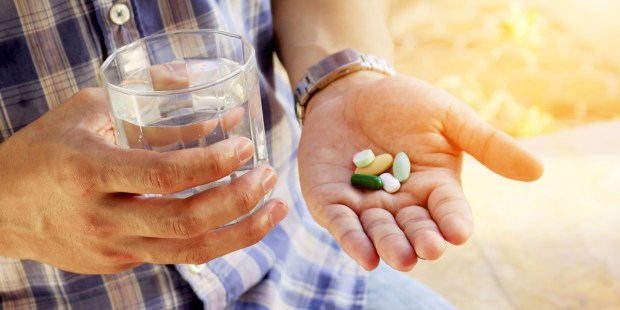 A psychologist examines the nature of drug addiction in the first of several articles on the topic.

Drug abuse can lead to addiction. Drug addiction can also be the consequence of prolonged use of a properly prescribed medication to alleviate physical pain, although it’s unusual for this to occur when a person doesn’t have other addiction risk factors.

Drug abuse is not necessarily addiction — it is simply the excessive use of a drug, or its consumption for purposes other than proper medical purposes. Drug addiction consists of a psychological dependence that results in the compulsive use of a substance, despite the resulting negative consequences, even when those are severe.

A psychological dependence on narcotics, for example, consists of a need to consume a psychoactive substance for pleasure or to avoid negative feelings or moods. The drugs that cause this kind of dependence work by activating the brain circuits involved in pleasure, also known as the reward center of the brain. There are different opinions regarding the level of addiction or psychological dependence that any given drug may produce; a variety of factors are involved besides the drug itself, varying from individual to individual (genetic makeup, family environment, etc.).

Physical dependence on a substance, that is to say, needing a drug to be able to function, is neither a necessary nor sufficient condition for addiction. There are some substances which do not cause addiction, but do create physical dependence, such as some medicines for treating blood pressure. On the other hand, there are drugs that cause addiction without physical dependence; for example, abstinence from cocaine doesn’t cause symptoms such as vomiting or shaking, but it may cause depression or anxiety.

When users of psychoactive substances stop using a drug, they may experience withdrawal: besides lacking the pleasurable effects of the drug, they may experience physical pain and an intense craving, both of which are indicators of physical dependence on that specific substance which is now absent from their system. In other words, dependence is the physiological need for a drug, which causes disagreeable withdrawal symptoms when consumption is interrupted.

It is also possible to develop addiction, or psychological dependence, and this happens quite often with prescription drugs used to treat depression and anxiety. Although they probably won’t cause physical dependence, these drugs become an important part of a person’s life as a way to alleviate negative feelings or moods. The result of both kinds of dependence is that the consumer will obtain and use the drug, often at great financial and personal cost.

How can a person become addicted?

The risk factors that predispose people to addiction are different from those that predispose them to the use or abuse of drugs. Pressure from peers or from a spouse or partner can lead to use or abuse, but at least half of those who fall into addiction also suffer from depression, attention deficit disorders, PTSD, or another psychological problems.

It’s possible for adolescents who grow up in an environment of illicit drug use to see their parents using drugs first. This can put them at greater risk for developing an addiction later on, for both environmental and genetic reasons.

A brief summary of the most commonly used drugs

Tranquilizers: Opiates and narcotics. They are powerful drugs with analgesic, sedative and euphoric properties. Some examples are: heroin, opium, codeine, meperidine (Demerol), hydromorphone (Dilaudid), Oxycontin, Vicodin, and others.

Central nervous system stimulants: Amphetamines, cocaine, dextroamphetamine, methamphetamine, and methylphenidate (Ritalin). The most widely-used stimulants are caffeine and nicotine. These drugs have a stimulating effect, and can result in tolerance (decreasing effectiveness of the substance due to the body adapting to its presence).

Hallucinogens: LSD, mescaline, psilocybin (“mushrooms”), and phencyclidine (PCP, or “angel dust”). These substances can cause a person to see things that are not there (hallucinations) and can lead to psychological addiction. Tetrahydrocannabinol (THC) is the main active ingredient found in cannabis (marijuana) and hashish. Although it is used for its relaxing properties, drugs derived from THC can also cause paranoia and anxiety.

The first step towards avoiding the destructive consequences of drug consumption and addiction is to know the negative effects that it can have on your life, on a personal level as well as on the level of your social life, family, and work. We will continue to discuss this topic in upcoming articles.

Read more:
Why meeting a heroin addict changes how we think about addiction