Drug use and its 10 most harmful consequences 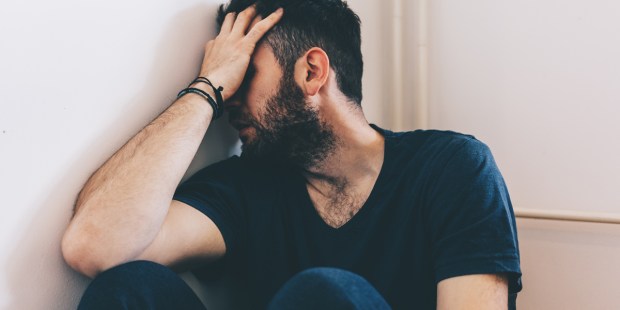 It’s important to think before acting, and to be aware of how different life is when we’re free from dependency.

The principle disorder caused by drugs is addiction, which is the motor that drives people’s habit of consumption. According to “Drugs and the Brain: Implications for Preventing and Treating Addiction,” a report by Dr. N. Volkow and H. Shelbert, addiction is defined as a disease because it affects the body’s normal functioning.

Especially, it is a disease of the brain, as that organ’s structure and functioning are highly affected by drugs. Consequently, one of the main characteristics of addiction is its ability to modify people’s habits and behavior, turning them into authentic automatons whose only goal us drug use.

One result of frequent drug consumption is that users become physically and/or psychologically dependent on the substance; if they try to stop using the drug, they often go through withdrawal syndrome, which results in clear, and often very strong, physical and psychological reactions. Withdrawal symptoms vary depending on the kind of drug consumed: on a psychological level, for example, they can include sadness, depression, listlessness, or bouts of nervousness, anxiety, and a progressive loss of control of one’s own emotions.

3. Deterioration of the central nervous system

The central nervous system controls the functions of the entire body. It receives thousands of sensory nerve impulses, which the spinal cord transmits to the brain. Chemical stimulation can cause a great variety of effects on the activity and functioning of the central nervous system; serious cases of drug addiction can cause irreversible damage, resulting in problems with coordination, sensory perception, and language.

4. Loss of self-esteem and feelings of guilt

Over time, drug addicts become aware of the deplorable situation in which they live; seeing themselves controlled by drugs, and understanding the damage this has done to themselves and to others can fill them with a sense of guilt and a loss of self-esteem. Sadly, drug addiction gradually eliminates any internal sense of hope or of healthy love for oneself.

Vascular disorders, cirrhosis of the liver, and hepatitis are the most common diseases found among habitual drug users; little by little, drugs destroy important functions of our organism, causing problems in our vital organs. According to research by the National Institute of Diabetes and Digestive and Kidney Diseases, alcohol is the main culprit behind cases of cirrhosis of the liver, the effects of which are devastating for the whole body. The way some drugs are used (intravenous injections) and the behaviors they can lead to (such as promiscuity) are also highly significant risk factors for serious diseases, including HIV.

There is a direct link between loneliness or isolation and drugs; while initially the former may be the cause of someone falling into drug use, it’s also true that the more drug users progress in their addiction, the more they isolate themselves from those closest to them: family, friends, coworkers, etc. Drug addicts live for their next dose, considering it the only priority in their life.

The brain is one of the victims of drug use; the loss of neurotransmitters and the reduction of functionality of various areas of the brain can end up creating unreal and paranoid perceptions tied to schizophrenia.

Drugs come at a price, and habitual drug consumption is expensive; the money spent on maintaining an addiction has an impact on addicts’ personal and family economy. Asking for money, stealing, etc., become very common behaviors when addicts are no longer able to come up with the necessary funds to buy their drugs.

9. Weakening of the immune system

Although it may seem to be a less important consequence, addiction has an important impact on people’s ability to rest. People who don’t rest properly suffer impairment on many levels: among other things, they tend to be sadder, irritable, more pessimistic, and more stressed. Drug addicts are afflicted by multiple emotions that corrupt their personality and social abilities.

To conclude, it’s important to be well-informed about the direct and collateral damage caused by drug consumption, and especially about the personal and social damage when someone begins the downward slide into addiction. It is important to think before acting, and to be aware of how different life is when we are free from any dependency on these dangerous substances.