Oscar Romero on the loveliness of suffering 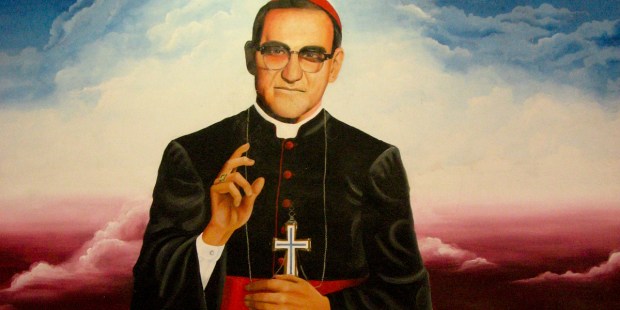 “Suffering unites people in solidarity and draws them near to God.”

The life of soon-to-be canonized Oscar Romero was dedicated to preaching the Gospel of Christ. In the midst of terrible violence and injustice, he remained a steady and powerful voice. He never tired of reminding people that a true Christian has their gaze fixed intently on Christ on the Cross, a message that culminated in his own murder as he was celebrating Mass. Today is the anniversary of his death.

Here are some reflections from Romero that remind us that the beauty of the Catholic faith rests in the self-emptying love of Christ on the cross, which we are called to imitate in our everyday lives.

This is what must be killed,
this is the violence that must be done,
so that out of it a new person may arise,
the only one who can build
a new civilization:
a civilization of love.

The Council says humanity’s mystery can be explained
only in the mystery of the God who became human.
If people want to look into their own mystery –
the meaning of their pain,
of their work,
of their suffering,
of their hope –
let them put themselves next to Christ.

If I find, on comparing myself with Christ,
that my life is a contrast, the opposite of his,
then my life is a disaster.

I cannot explain that mystery
except by returning to Christ,
who gives authentic features
to a person who wants to be genuinely human

Suffering will always be. It is a heritage of the first sin and a consequence of the other sins that God permits, even after the redemption. But the redemption converts them into power of salvation when suffering is undergone in union of faith, hope, and love with the Redeemer’s divine suffering and cross. Suffering is the shadow of God’s hand, which blesses and pardons; and suffering unites people in solidarity and draws them near to God.

St. Paul says in his letter to the Romans
that a Christian’s life, a Christian’s body,
must be presented to God as a living sacrifice
pleasing to God.

Here, you see, the Bible gives our bodies, our lives,
a meaning of sacrifice,
of holocaust,
a divine meaning that is proper to every person,
even the lowliest.

I would like everyone to hear this message
who is listening to me,
including those out there listening by radio,
in whatever circumstances they are –
perhaps a sick person desperate with pain,
perhaps a poor person who can’t find work
and lacks even food to eat,
perhaps someone who works and works with no result,
perhaps another who has too much,
who has too many comforts and is selfish – …
I tell you, brothers and sisters in the faith,
that if we offer all this to God –
suffering, poverty, work, duty, whatever it is –
in order to please God,
to do his will,
we are being agreeable sacrifices,
offerings of pleasant aroma on the Father’s altar.