An open letter to parents whose children have left the Church 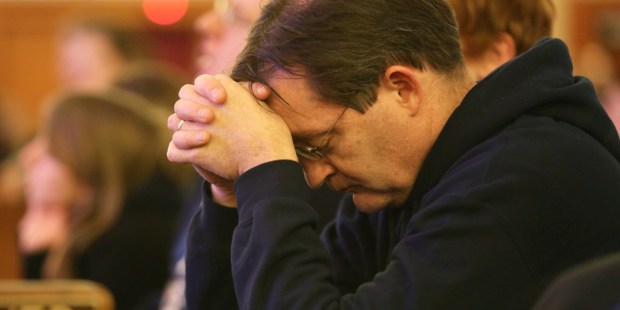 Here’s some advice from someone who left — and came back.

Dear parents whose children have left the Church,

I left, too. I’ll never forget the Sunday my parents caught me lying about having gone to Mass that morning. It was a painful confirmation for them of something they’d suspected for months: I was not practicing the faith they’d raised me in. Despite the Catholic school education, Sunday Mass, family rosaries and more, I wanted out.

At the time, I was a college sophomore, and in a fast-moving relationship my parents did not approve of. The heartache they felt over my lifestyle choices was very apparent to me, particularly when I criticized the Church. I loved my parents and indeed felt pangs of guilt over their distress. But you see, I was hurting, too.

I was under the impression that no matter what I did right or how much success I achieved, my parents would ultimately view me as a failure if I was not Catholic. I was convinced that their love for and delight in me as their daughter was contingent upon me following the faith.

In their desperation, they tried everything. They had heartfelt conversations with me. They presented me with religious reading material. They tried giving me ultimatums and incentives to go back to church. It all only pushed me further away from them and the faith and closer to the people who appeared to have no agenda in their relationships with me.

Read more:
We did everything right, but our son still left the Church

Then one day, something changed. I began to notice that my parents’ attitude toward me had shifted. Instead of bearing that somber mindset that seemed to wonder, “Where did we go wrong with you?” they actually appeared genuinely excited to have me as their daughter.

They stopped asking me when I was going to church or where I’d slept the night before. Instead, they asked how I was doing and if there was anything they could do for me. It was neither fake nor forced. It was simply genuine love and kindness that served to nourish our damaged relationship. They even became authentically warm toward my boyfriend, taking an interest in him and welcoming him into their home.

Years later, I found out that they had come to the realization that my spiritual journey was mine to make. They’d done their duty and equipped me with the grace of the sacraments and knowledge of the faith. Now that I was an adult, it was up to me to trek the path back to truth.

It might sound like my parents began to condone my sinful behavior but that was not at all the case. It was always clear what they would not allow under their roof. But they stopped going out of their way to police me and ensure that I was behaving myself. Their joy ceased to be dependent on their wayward 20-year-old and interestingly, that was a tremendous weight off my shoulders.

Three long years after that one Sunday morning, I returned to the Catholic faith. It was quite a journey home that began with a broken heart and a hunger to figure out what I truly believed. But I felt my parents’ love for and commitment to me every step of the way.

I cannot say with certainty why your son or daughter has walked away from the faith. But what I can say is that whether or not they even realize it, they desperately need to know that you will love and take pride in them despite their religious affiliation.

Read more:
‘Why I am Catholic’ author Brandon Vogt on why so many say they are not

Continuously sending them Catholic articles or dropping hints about their lack of faith is likely pushing them even further away from the Church and you. Personally, I used to interpret those actions as indications of my parents’ disappointment in me and my natural reaction was resentment – resentment toward them, toward the Church, toward God.

I apologize if you were hoping for some quick fix about how to get your child to come running back to the faith. I can’t imagine the heartache you’re enduring and the eagerness with which you await their return, but please do not forget that your primary role as a parent is to love. Never forget how to love.

Consistently bear in mind what qualities you love about your child and draw attention to those things, simply for the sake of honoring them. Have no agenda in your conversations other than to understand them and the delightfully unique human being they are.

Do not strategically mention spiritual things in hopes of planting a seed. They will sense this and be put off. The greatest seed you can plant is your unwavering love for and commitment to them.

As for your prayers, my dad once told me that while I was away from the Church, a good friend gave him some insightful advice. He suggested he stop praying for concrete things to happen, like for me to go to Mass, and instead start praying for certain virtues to increase in me, like discernment and courage.

It was very shortly thereafter that I began the journey back home — just as I have faith that your child will one day.

Read more:
Hey, pastors, want to bring us millennials back to church?