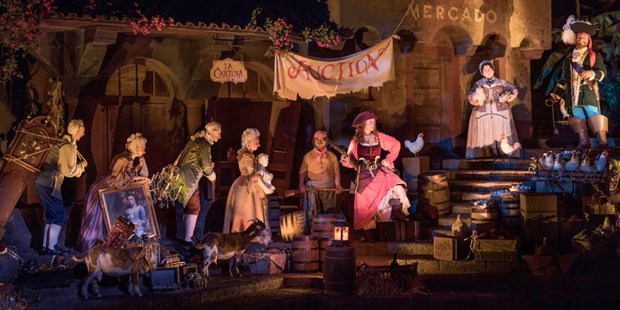 The iconic attraction has undergone some revisions to remove disrespectful scenes.

First opened in 1967, the Pirates of the Caribbean attraction was the last attraction that Walt Disney personally contributed to, and the classic ride has since spurred much attention, including its own film franchise. Recently, however, Florida’s Magic Kingdom has reopened the exhibit after some revisions that seem to be a step in the right direction.

Most notably, the wench auction scene in which a redheaded bride is auctioned off to pirates who shout, “We wants the redhead!” has been refurbished with an empowering spin. Disney Imagineer Kathy Mangum explains, “A familiar redhead figure has switched sides to become a pirate named Redd, who’s just pillaged the town’s rum supply and has something to say about it.”

The Redhead’s new look in Pirates of the Caribbean. I’ll admit, it’s not that bad. But I will miss original Redhead look. #piratesofthecaribbean #wewantstheredhead

She continued, “Walt Disney embraced and encouraged Disney Parks to ‘keep moving forward’ since the opening of Disneyland Park in 1955.”

Previous changes to the ride have included replacing a scene in which pirates chased women in a loop with a scene of women carrying trays of food, and the changes have thus far been positively received with the new cast reflecting a more relatable and exciting experience.