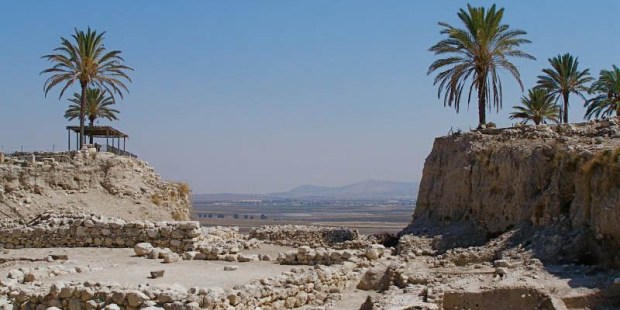 The details of the archaeological discovery have the trappings of an Indiana Jones movie: dirt seeming to spill through the cracks of an already-known palace floor led to the discovery of a corridor that had not been seen for thousands of years. That in turn led to a previously unknown burial chamber.

And it all took place in a place called Megiddo, whose Greek name, Armageddon, still evokes fears of the End Times.

Archaeologists have been trying to unlock “the secrets of Megiddo” for over a century, notes the website Livingist. Now, a discovery of a 3,600-year-old tomb is being seen as a big leap forward in that pursuit.

The tomb held three undisturbed bodies, all richly adorned with gold, and historians are salivating over what clues the contents of they may offer for the true nature of Megiddo and its inhabitants.

According to National Geographic, the earliest recorded battle in the history of the Ancient Near East was at Megiddo, when the forces of Egyptian pharaoh Thutmose III besieged the fortified city in the first half of the 15th century B.C.

“After a seven-month long siege, the city surrendered and yielded to the pharaoh, who incorporated Canaan as a province into his empire,” says the website:

Megiddo dominated a strategic pass on major international military and trade routes for nearly five millennia, from 3000 B.C. to 1918.

The tomb, next to the royal palace, dates to the later phase of the Middle Bronze Age, around 1700-1600 B.C. This is when Megiddo was at its peak and before the ruling dynasty collapsed under the might of Thutmose’s army, National Geographic explained.

At least six sets of human remains had been interred in the tomb as well, apparently pushed to the back of the chamber in a jumble when the three richly adorned corpses were interred. These and other bodies unearthed at Megiddo are undergoing DNA testing, which could for the first time reveal whether the “common” inhabitants of the Canaanite city-state were of the same background as the elite.

This might explain why the king in the years following the conquest by Thutmose did not have a Semitic name but a Hurrian one: Birydia.

Long thought to be a roving mountain people who emerged in the region sometime between the fourth and third millennium B.C., the Hurrians are now believed to have had an advanced culture with a distinctive language and belief system that may have played a key role in shaping the first cities and states of the Near East.

“The forthcoming DNA results from Megiddo may for the first time reveal the Hurrian role in running Canaanite city states, as well as change our perception of the population of Canaan,” National Geographic said.

“These studies have the potential to revolutionize what we know about the population of Canaan,” said Israel Finkelstein of Tel Aviv University, who is part of the team doing the current archaeology, “before the rise of the world of the Bible.”

Located 19 miles south of Haifa, the excavation area of Megiddo is a World Heritage site.