Is there hope for a Europe where “Christianity as a default is gone”? 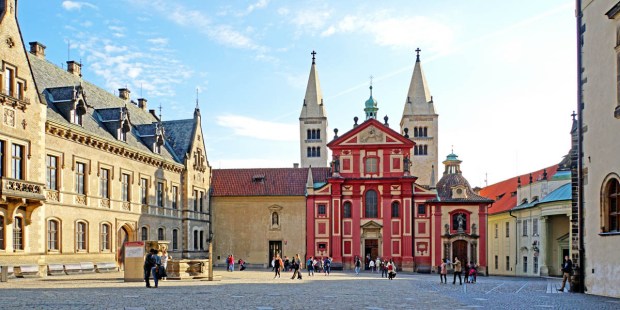 New study shows troubling downturn of religion on the Continent.

There are Nones and there are Nevers, and in many cases they are the same people. But one thing seems clear: Europe is going their way.

A new study out of England shows staggering percentages of young Europeans claiming to have absolutely no religious affiliation.

The Czech Republic appears to be the least religious country in Europe, with 91 percent of 16- to 29-year-olds saying they have no religious affiliation. Between 70 and 80 percent of young adults in Estonia, Sweden and the Netherlands also consider themselves “nones.”

“Christianity as a default, as a norm, is gone, and probably gone for good—or at least for the next 100 years,” said study author Stephen Bullivant, professor of theology and the sociology of religion at St. Mary’s University in Twickenham, England. Bullivant, 33, directs the London-area university’s Benedict XVI Center for Religion and Society.

In addition to “nones,” the study notes that the percentage of “nevers” is also phenomenally high in many countries. This refers to young people who say they never attend a religious service outside of weddings or funerals. It’s as high as 70 percent of 16- to 29-year-olds in the Czech Republic, and 60 percent in the Netherlands and Spain. In the 12 countries examined, which are the ones that participated in the European Social Survey 2014-16, the percentage of young people who attend services weekly or more gets only as high as 39 percent—in Poland.

The Czech Republic also stands out in a related category: 80 percent of its young people say they never pray. Sweden comes in second, at 70 percent, while Denmark and Estonia grab third place, at 67 percent each.

But Poland, Israel, and Ireland are among the more prayerful nations. Half of Polish 16- to 29-year-olds say they pray at least once a week, and only 17 percent that they never do.

(Israel, though not in Europe, was an original member of the European Science Foundation, which established scientific committees creating the European Social Survey in the 1990s. Israeli scholars were integral to the formation of the survey.)

Poland emerges from Bullivant’s study as the most religious nation for young adults: only 17 percent of young Poles define themselves as non-religious, followed by Lithuania with 25 percent.

The study homes in on the UK and France and asks “nones” if they ever identified with a religion. Four out of five say they were brought up with no relgion, while 20 percent identify as “nonverts.”

Bullivant says that “nonvert” is a “recent term to describe, per The Oxford Dictionary of Atheism, ‘a person who was brought up with a religious affiliation, but who now identifies as having no religion (i.e. none).’”

Young French nonverts are primarily comprised of former Catholics, plus a much smaller proportion of ex-Muslims. In the UK, however, young adult nonverts come from a wider range of religious background, although—as in France—around seven-eighths are former Christians of one denomination or another. The rest in our sample were all raised in non-Christian religions (though not, unlike in France, including Islam).

Immigration had a lot to do with the Catholic figures, Bullivant said. “One in five Catholics in the UK were not born in the UK,” he said. “And we know the Muslim birthrate is higher than the general population, and they have much higher [religious] retention rates.”

In an interview, Bullivant said that in the past in Britain there was “a kind of a default setting whereby you would consider yourself Church of England, unless you had a particular reason not to—either because you were Catholic or something else, or you had taken a conscious decision to not be religious. This had all sorts of cultural influences, it had sort of an effect on the moral climate of the country, not only on what’s legal and what’s not, but on what counted as a permissible view.”

“Half the British population, based on another report we put out last year, now say they have no religion,” Bullivant said Tuesday. “And quite a serious proportion of the ones who do still kind of tick a box, if you like, on surveys saying they don’t believe much, they don’t practice much. … This generation of young adults, born between 1987-2000, haven’t been brought up with very much religion around. Some of their parents, the baby boomers particularly, were brought up by much more religious parents, and even if they themselves grew up to be fairly non-practicing, they were given enough of a dose in childhood to make them kind of feeble Catholics or culturally Catholic or Anglican. This cultural, nominal Christianity just doesn’t get passed on.”

Bullivant hopes his report, Europe’s Young Adults and Religion, helps inform the work of the 2018 Synod of Bishops, due to be held in Rome in October 2018. The theme for the Synod is “Young People, the Faith, and Vocational Discernment.”

The director of the Benedict Center, who along with his wife became a Catholic during the pontificate of Pope Benedict XVI, has faith that the situation is not hopeless.

“I think what we’ve got in Britain is, for young Catholics growing up, the ones who are still [religious] by the time they get to their 20s, the ones who are going to Mass in their 20s, are by necessity stronger because they’ve had to be swimming against the tide all their lives, or they wouldn’t still be going to Mass in their 20s,” he said. “No one is doing it because it’s kind of a cultural norm that’s just accepted. Many of them will have been the odd ones out in their own families, schools, wider circle of friends.”

From the relationships that are formed therein will come Catholic marriages and a new generation that will be brought up more seriously in the faith.

Said Bullivant: “That is where we’re going to start to see smaller, more committed and more attractive disciple-making communities who love the faith and can evangelize it.”