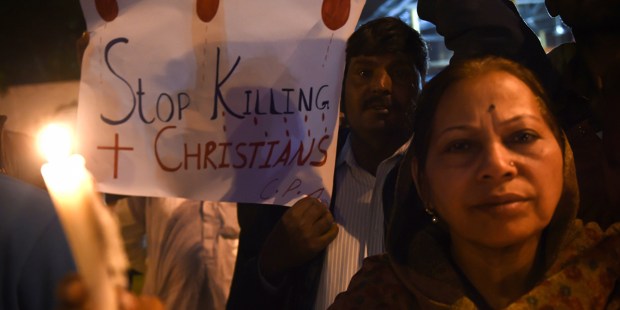 No attempt was made to save the dying man

A Pakistani Christian man has died after receiving a torturous beating at the hands of guards and staff at a hospital in the Punjab capital, Lehore.

Sunil Saleem, 26, was visiting his sister, Kiran, who was hospitalized during the later months of her pregnancy. Kiran was supposed to be visited by a gynecologist, who was on the phone and asked a nurse to make the visit. The trouble began when Kiran insisted on being see by the doctor rather than the nurse.

An argument broke out between Kiran’s family and hospital staff. Johnson Saleem, Kiran’s brother, told Agenzia Fides the argument escalated when the doctor slapped Kiran. When her brothers, Sunil, Anil, and Shafeeq, protested the slap they were threatened by security guards.

A fight broke out in which Kiran’s brothers were beaten by security guards and no less than three doctors. According to reports, Sunil was beaten for half an hour and left for dead, untreated inside of the hospital. Sunil succumbed to his injuries shortly after the beating. The Saleem family has filed a complaint with the police.

Nasir Saeed, director of the NGO “Center for Legal Aid, Assistance and Settlement” spoke to Fides, decrying the rampant violence against Christian and other religious minorities in Pakistant:

“The brutality against Sunil is not justifiable in any way. Too many continue to abuse the law, to take justice in their own hands and to kill innocent people with impunity. When a dispute involves a Christian, Muslims feel entitled to carry out intolerable violence, knowing that they will not be punished. This is not justice. It is sad to see that Pakistan, a country created with the support of religious minorities, has become a place where minorities live in constant fear for their lives.The government of Pakistan has failed to ensure them protection. Many are fleeing the country to seek refuge in other nations. Intolerance against religious minorities in Pakistan has reached a dangerous level and there is an urgent need to stop these atrocities”.