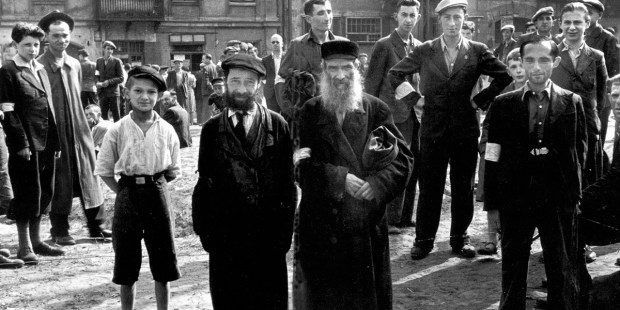 Poles received the death penalty for helping Jewish people, but many religious men and women laid down their lives anyway.

It was only in Poland that those found helping the Jews were punished with the death penalty. In spite of this, both priests and men and women religious, as well as their family members and fellow Christians, laid down their lives and helped the Jews during World War II.

More and more debates have recently been taking place about the attitude of Poles to the Holocaust, the largest tragedy of genocide ever experienced by humanity. Relatively little attention in those debates is dedicated to the role of clergy of different denominations in saving Jewish lives.

Memories of the heroic deeds of Polish clergy are being revived through the efforts of an international project called Priests for the Jews. It is led by a Roman Catholic priest, Fr. Paweł Rytel-Andrianik, a grandson of a Treblinka concentration camp inmate, a Holocaust survivor. The team he leads carries out extensive research in archives in Poland, other countries of Central and Eastern Europe, Germany, UK, USA, and Israel. Such work, meant to highlight the engagement of Polish clergy in helping the Jews, is conducted worldwide by other scholars, too, such as Mark Paul from Toronto.

Death for hiding the Jews

When discussing the touching subject of Polish clergy helping the Jews during World War II, one has to bear in mind a number of fundamental facts. It is already well-known that out of all Nazi-occupied or Nazi-allied countries of Europe, it was only in Poland that those found hiding or helping the Jews were punished with the death penalty as of 1941.

Numerous historians point out that any assistance offered to the Jews during World War II required complex logistics. Professor Antony Polonsky and Teresa Prekerowa believe that saving one person of Jewish origin most often called for active involvement of two or three Poles (changes of hideouts, forging means of identification such as baptismal certificates, sometimes bribing the occupation authorities or police, etc.).

It is estimated that between 1939 and 1945, 40,000 to 60,000 Jews were saved in Nazi-occupied Poland. At the outbreak of the war, there were over 10,000 Roman Catholic diocesan clergy, 8,000 men religious and 17,000 religious sisters in Poland. The total number of Greek Catholic, Orthodox, Lutheran, and Old Catholic clergy was roughly half of the above figures.

“Priests for the Jews” project

Research by the Priests for the Jews project has accumulated data on over a thousand members of the clergy providing help to the Jews. One hundred and fifty of them were murdered by the Nazis. In 30 cases it was conclusively proven that death was directly attributable to punishment for saving the Jews. In many cases, the death of the clergy who helped the Jews was a result of a confluence of factors (such as assistance offered to the Underground Polish State, being entered on the list of intelligentsia members subject to extermination, street round-ups, and executions).

During the war, there were 363 convents of religious sisters in Poland. Given that there was an average of 10 nuns per each convent, as many as 3,600 sisters may have been involved in aiding the Jews.

Read more:
Restoring the dry bones of the Holocaust

Priests or monks who helped the Jews had to work in tandem with their bishops or religious superiors. It has been demonstrated that out of 20 Roman Catholic bishops who remained in their dioceses following September 1939, 16 were directly or indirectly involved in offering such assistance, including the bishops of Krakow, Lviv (both the Latin and the Greek Catholic patriarch), Lublin, Sandomierz, and Przemyśl.

Is this a big figure? It should be remembered that hard statistics can never fully reflect the tragic reality of World War II on Polish soil. Below Aleteia presents selected clergy of different Christian Churches who passed the test at this most atrocious of times.

Parish priest at the All Saints Church in Warsaw. Before the war, a follower of the nationalist movement, reluctant to the Jews. During the Nazi occupation he was actively involved in saving Jews, hiding them in the parish presbytery and in his private flat in Anin.

He issued many certificates of baptism, used to obtain a release of ghetto inmates. Among others, he helped save Wanda and Ludwik Zamenhof (a grandson of the founder of Esperanto). Posthumously awarded the Righteous Among the Nations medal by the Yad Vashem Institute in Jerusalem.

Commonly recognized as a confessor to Sr. Faustina Kowalska and promoter of her apparitions, beatified in 2008. Few know, however, that during the war he was instrumental in the saving of over 100 Jews from the Vilnius ghetto, supplying baptismal certificates he himself issued.

He helped to save, for example, Aleksander Steinberg, head doctor in a Vilnius hospital and, and his wife; the Genzl family, who lived in Australia after the war; and physician Dr. Erdman with his wife and daughter. He cooperated with the Ursuline convent in Czarny Bór, where over a dozen young Jewish women were hidden.

During World War I and shortly afterwards, he actively supported the annexation of the regions of Orava and Spiš to Poland. Before World War I, he was the pastor of the Most Holy Savior Church in Krakow and then the arch presbyter of the Basilica of St. Mary.

He spoke perfect Hungarian and during the war was able to help to save Jews from Hungary, escapees from transports headed to the Auschwitz concentration camp. He provided many with “Aryan” IDs or baptismal certificates. Posthumously awarded the Righteous Among the Nations medal.

Shortly after his ordination to the priesthood, in 1941 he helped the Jews in Krakow with a nun, Sr. Bronisława Wilemska. They jointly saved five people. Posthumously awarded the Righteous Among the Nations medal.

A native of Poland’s eastern frontier. During the war a parish priest in Szczurowice and Łopatyna (now Ukraine) and a renowned beekeeper. He helped to save over a dozen Jews by offering them a safe haven in his parish and issuing certificates of baptism for them. In 1984 awarded the Righteous Among the Nations medal.

Respectively, the parish priest and curate in Kobryń (now Belarus). During the war they helped the Jews from the local ghetto by issuing baptismal certificates and organising their escapes. They were the first to be executed by the Nazis along with the rabbi during the liquidation of the ghetto.

A native of Mielec region. During the war a parish priest in Lipnica Wielka n. Nowy Targ. He organised collections of food and clothes for the Jews in the Nowy Sącz ghetto. Arrested by the Gestapo, he did not seek a release and was sent to the Auschwitz camp, where he died.

Greek Catholic pastor of the parish in Przemyślany n. Lviv. During the war an inmate of the Majdanek camp, where his life was a touching testimonial of help to Christians of many denominations and the Jews.

He baptized fellow inmates, shared his meager food rations with them and offered words of consolation. Called a “parish priest of Majdanek,” he died a short time before the liberation of the camp. Beatified in 2001.

An Orthodox priest and monk from Georgia. Before World War II, he lived in Poland and lectured on Orthodox theology and history of the Orthodox Church in Georgia at Warsaw University. After the outbreak of the war he would not leave Poland.

During the occupation he helped many people, irrespective of their religion. Eyewitnesses testified to his involvement in helping the Jews. Denounced and sent to Auschwitz, he volunteered to die. Canonized in Georgia in 1995, he is also revered by the Polish Autocephalous Orthodox Church.

A clergyman of the Evangelical Church of the Augsburg Confession. He was the chief Evangelical chaplain of the Polish Army and of the Mikołaj Rej High School in Warsaw. After Poland was taken over by German Nazis, he was actively involved in the Underground Polish State.

He provided the Home Army (Armia Krajowa) with over 160 stamped baptism certificates of the Lutheran Church; the documents were used to save Jews from ghettos in the regions of Mazovia and Podlasia. In 1984 he was posthumously awarded the Righteous Among the Nations medal.

A nun, later a deaconess of the Old Catholic Mariavite Church. She was in charge of the Mariavite chapel in Jędrzejów Nowy n. Mińsk Mazowiecki, where she daily practiced the adoration of the Most Blessed Sacrament for many decades.

According to a testimony given after the war with the Jewish Historical Institute, during the German occupation she helped the Jews, whom she hid in the buildings that belonged to the chapel. When on a chance visit to the village of Rososz, where the Nazis rounded up Jews who were in hiding, she managed to hide a Jewish child under her habit, saving the child’s life.

This article first appeared in Aleteia’s Polish edition and has been edited and adapted here for English-speaking readers.

Read more:
Let these 5 women from the Holocaust help you become stronger