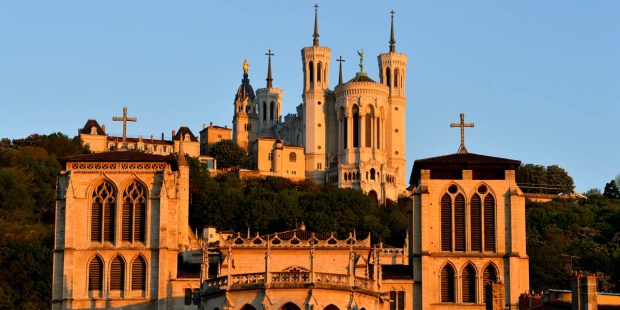 This Mass commemorates the moment when Jesus’ tomb is found empty.

In the Gospel narrative, Jesus rises from the dead early on Sunday morning. There is no mention of the exact time when Jesus rose, but he has already left the tomb by the time some of his disciples came there.

St. Matthew narrates, “Now after the sabbath, toward the dawn of the first day of the week, Mary Magdalene and the other Mary went to see the sepulchre … [an] angel said to the women, ‘Do not be afraid; for I know that you seek Jesus who was crucified. He is not here; for he has risen, as he said. Come, see the place where he lay'” (Matthew 28:1, 5-6).

The Church has commemorated this moment in many ways over the centuries. Initially Christians gathered for an all night vigil, where baptism was administered and many readings were proclaimed. The liturgy began in the middle of the night and ended with the celebration of Mass as the first rays of dawn began to appear.

As the Easter Vigil was shortened and moved earlier on Holy Saturday evening, various places began to hold a tradition of celebrating a Mass at dawn, so that the congregation could unite themselves to the disciples who went to the tomb in the early hours of the morning.

In some countries there is even a tradition to ring the church bells and process through the town at dawn, announcing the Resurrection of Jesus.

The symbolism of this tradition is very clear, as it celebrates the rising of the Son, the true Light of the World at the moment when the rays of the sun begin to shatter the darkness of night.

It is a beautiful tradition and a wonderful way to begin the glorious celebration of Easter.

Read more:
Into the darkness of Good Friday: The ancient liturgy of Tenebrae