The best eye-opening experience of history: How God swept in to fix the biggest delusion of all 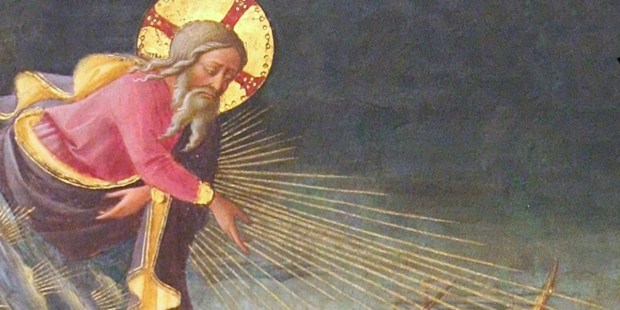 As we celebrate our Redemption, it’s helpful to remember why we needed a Savior in the first place.

As we enter this Easter season and celebrate the great gift of our salvation, it can be a useful exercise to go back to the beginning of the story, to the moment where humanity sinned and put itself in need of a savior. We’re not so different from Adam and Eve. Their actions and experiences can teach us about our own sinfulness.

Like many parts of the Bible, the story of Adam and Eve is so familiar to us that sometimes the details wash over us—we hear the reading and partially tune out, thinking, “Oh yeah, I know this one.” But something in their story struck me recently. We read about how after Adam and Eve disobey God by eating the fruit of the forbidden tree, “then the eyes of both them were opened, and they knew they were naked” (Genesis 3:7). It’s a curious phrase in which many have found a deep meaning.

Many of the Fathers took this to mean that their innocence had been taken away, so that they were embarrassed to be seen by the other.

The more cynical sort take this to mean that they were seizing their autonomy as independent beings, coming to full consciousness of their rights.

I think there’s another possible interpretation, one that helps us to understand something we’ve all experienced.

When we sin, we usually spend some time convincing ourselves that what we’re doing is good, or that at the very least, it’s not so bad. Maybe we have some noble aim, or maybe the circumstances put us in a hard position, or maybe this action isn’t as bad as everybody thinks it is.

We rationalize, we justify, because we all have built in to us the basic sense that we should do good and avoid evil (the Greeks called it synderesis). No one chooses any wrong action because it is wrong, for the wrongness itself, but rather because they’ve convinced themselves that it is good in some way.

As C.S. Lewis put it in Mere Christianity: “You can be good for the mere sake of goodness: you cannot be bad for the mere sake of badness. You can do a kind action when you are not feeling kind and when it gives you no pleasure, simply because kindness is right; but no one ever did a cruel action simply because cruelty is wrong—only because cruelty was pleasant or useful to him.” Or, in the classic scholastic phrase, “evil is always chosen under the aspect of the good.”

In the moments leading up to our sinful choice—that candy we swipe from the shelf, that spiteful message we send to someone—we cloud our thinking with sentiments like “I deserve this” or “They deserve what’s coming to them.” We tell ourselves that what we’re choosing is really good. We create a new mental world where we’ve declared a new right and wrong—basically, in which we’re God. (Not that we conceive of it in those terms, but rather, that that’s the effect.)

But after we fall, we often have that sensation that Adam and Eve had: our eyes are opened. We realize what sad and pathetic excuses we’d made to ourselves, the things we blinded ourselves to. The fog lifts and we see what we’ve really chosen, and what we’ve really rejected.

This eye-opening, fog-lifting, coming-back-to-reality experience is nothing other than contrition: the grace of God penetrating the cloud we’ve put ourselves in like a clear voice calling us out of our sinfulness, calling us back to Him. It is the grace of conversion, in which we turn away from the little world we’ve made for ourselves and “turn with” God.