Why jokes were mandated during Easter homilies 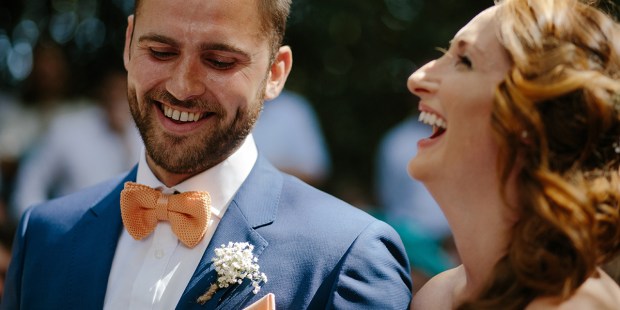 Easter is a time of great joy, but did you know the Church used to “mandate” jokes during the homily?

According to the Catholic Encyclopedia, “This strange custom originated in Bavaria in the fifteenth century. The priest inserted in his sermon funny stories which would cause his hearers to laugh (Ostermärlein), e.g. a description of how the devil tries to keep the doors of hell locked against the descending Christ. Then the speaker would draw the moral from the story.”

Some historians point to the early Church Fathers for inspiration, who said, “that God played a practical joke on the devil by raising Jesus from the dead. ‘Risus paschalis — the Easter laugh,'” they called it. In some countries this “practical joke” was extended to all of Easter week when pranks and games would be played by children.

In a certain sense, Easter could be considered the first “April Fool’s Day,” when God pulled the biggest of pranks on Satan.

Pope Benedict XVI knew of this tradition and wrote about it and how the joy expressed is very fitting for the Easter season.

In the Baroque period the liturgy used to include the risus paschalis, the Easter laughter. The Easter homily had to contain a story that made people laugh, so that the church resounded with a joyful laughter. That may be a somewhat superficial form of Christian joy. But is there not something very beautiful and appropriate about laughter becoming a liturgical symbol? And is it not a tonic when we still hear, in the play of cherub and ornament in Baroque churches, that laughter which testified to the freedom of the redeemed? And is it not a sign of an Easter faith when Haydn remarked, concerning his church compositions, that he felt a particular joy when thinking of God: “As I came to utter the words of supplication, I could not suppress my joy but loosed the reins of my elated spirits and wrote ‘allegro’ over the Miserere, and so on?”

Don’t be afraid to laugh today! Laugh loudly! It is “Holy Humor Sunday” and it is meant to be a day full of joy in the resurrection of Jesus!

Read more:
The best jokes about Jesuits, by Jesuits