7 Films written by women that were Oscar worthy 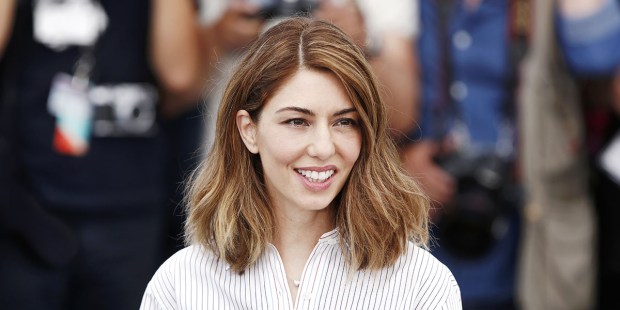 These films, mostly collaborations between female writers and male directors, have been recognized by the Academy for their ingenuity.

The prize for Best Original Screenplay is one of the most controversial at the Oscars because it has always been suspected that there is some gender discrimination in this category.

However, this time we’re going to focus on the positive, on those women who not only were nominated, but also won the Best Original Screenplay prize, and who brought their stories to the big screen, mostly thanks to male directors. So it’s not about fighting to prove “who is better than whom” but about teamwork between men and women that allows us, the viewers, to benefit.

If you liked the Rocky movies, then you will enjoy the story of Champ, a former boxer who has been consumed by the vices of alcoholism and gambling, but who will try to get out of both of them in order not to let down his son, Dink. Champ will try to return to the boxing ring, but the temptations are strong and Dink’s mother reappears to offer her son a better life, even though he doesn’t want to leave his father. The film was directed by King Vidor (who wanted to do it because he liked how the movie reinforced family values and the sense of hope) and was also nominated Best Picture. It has also had a lot of remakes.

Muriel wrote this story along with her husband, the writer Sydney Box. It tells the story of Frances Cunningham, a woman who is admitted to a psychiatric hospital after suffering the tortures of a jealous man and various disappointments in love. One night, she manages to escape and tries to kill herself, but one of the doctors rescues her and decides to begin lifting the veils of her psyche to understand what led her to make that fateful decision.

The movie was directed by the English director Compton Bennett, and although it was a low-budget production, it was the biggest earner at the British box office.

This biography of the opera singer Marjorie Lawrence was co-written by Levien along with William Ludwig and Lawrence herself. The film, directed by the American Curtis Bernhardt, tells the story of how she left her parents’ farm to study singing and became a star, until she was diagnosed with polio, a sickness that consigned her to a wheelchair but never took away her passion for singing.

Pamela Wallace, an American, wrote this thriller starring Harrison Ford, along with other writers. The script is about a woman in the Amish community of Pennsylvania who sets out on a train trip to visit a relative along with her young son, who sees a murder on the way. The inspector on the case (Ford) discovers that the boy is the only witness and that the perpetrators want to kill him, so he protects him and ends up wounded. He will take refuge in the Amish community along with the boy and his mother, but will discover that it’s not safe there either.

The movie, which was directed by Peter Weir, got eight nominations for Academy awards and won two: Best Original Screenplay and Best Film Editing.

Campion wrote and directed this story that narrates the life of a mute pianist and her daughter, who is obligated to marry a man who, in turn, demands that she leave her instrument at the beach. The piano is then bought by her neighbor, who tells her that he will always let her play it, and when she teaches him how, an interesting relationship arises. The film won eight Oscar nominations and won three: Best Original Screenplay, Best Actress (Holly Hunter), and Best Supporting Actress (Anna Paquin).

Another film that was written and directed by a woman and that also became very famous. Bob (played by Bill Murray) is a celebrity who goes to Tokyo for business and who has a rather cold wife.

A young woman named Charlotte (Scarlett Johansson) is staying at his hotel, and is going through a 20-something crisis. She has a husband who doesn’t give her the attention she desires. One day, they meet and discover that although they live very different lives and are surrounded by a lot of people, their loneliness brings them together. These two strangers manage to give each other an understanding that their loved ones can’t, until they face their farewell.

A 16-year-old gets pregnant by her high school boyfriend and decides to get an abortion. At the last minute, she changes her mind and decides to make an adoption plan for her baby. She begins looking for good parents, and when she thinks she’s found them, unexpected things happen to make her doubt her decision and her feelings. To write this story, which was directed by Jason Reitman, Diablo Cody used the experience of various people who are close to her, including her husband, who was adopted. After the film, he worked up the courage to meet his biological parents.

Read more:
5 Underrated women writers you should be reading

Read more:
What ‘The Sound of Music’ can teach us about being women