The event was moved from the U.S. Capitol grounds after a new lawn was planted there, and Congress had had enough.

Dolley Madison, the wife of President James Madison, is credited with organizing the first official Washington Easter egg roll in 1814, which was held on the grounds of the United States Capitol.

The hundreds of children who attended the event must have become quite rambunctious, because after Congress planted a new lawn there in 1877, Congress passed a law making it illegal for children to play on the Capitol’s grounds.

To see some of the early White Easter Egg Rolls, click on “launch the slideshow.” 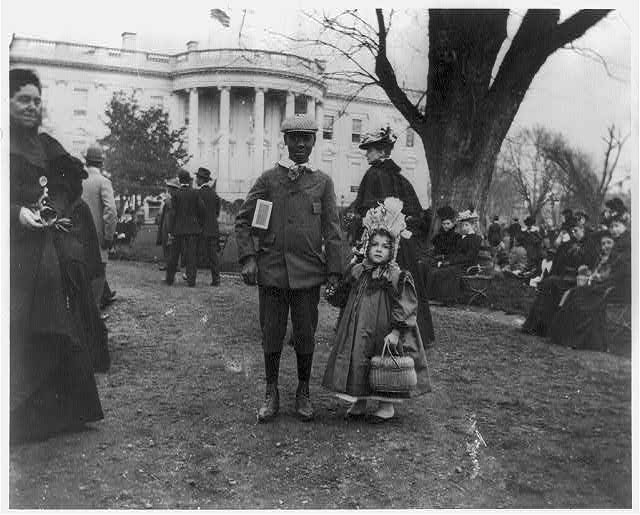 In 1888, President Rutherford B. Hayes brought the event to the White House, where it has been held every Easter Monday with a few exceptions, including during and following World War II, when wasting food (eggs) clashed with the White House’s desire to promote food conservation.

Thanks to this rare film footage from the Library of Congress, we can catch a glimpse of the White House Easter egg roll of 1902: