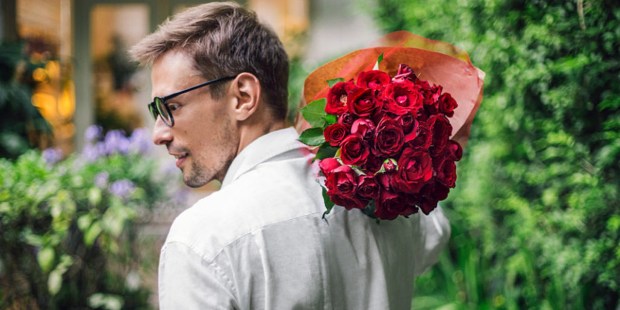 A good relationship between these two important people in your life is important for your marriage.

Most of the horrible mother-in-law stories we hear are the cliche of the overbearing mom who complains about her daughter-in-law — that she doesn’t feed the kids well enough, or keeps a messy house, or works (or doesn’t work).

Though these “monster-in-law” stories may get more airtime, just as many in-law issues stem from a mother’s unhappiness about her daughter’s choice of a husband. Your mom dislikes (or even hates) your husband? You’re not alone. And now, science tells us why: daughters have really different criteria than their mothers do when it comes to picking a good husband for themselves.

It turns out that women are genetically programmed to choose certain traits in a potential husband — traits that will produce “successful” children. In this case, “successful” doesn’t mean top of their class at Harvard, but rather biologically successful. Women choose potential mates just like our sisters in the animal kingdom do: based on good looks and brawn, because our instincts tell us these men are healthy and will produce children who will survive and thrive.

The scientists call this the “Juliet effect,” of course, based on Romeo and Juliet, in which a mother wants her daughter to marry the man from the “good” family, but the daughter only has eyes for the dashing Romeo.

Read more:
Trouble getting along with your mother-in-law? There’s a reason why

Though the tragedy of Romeo and Juliet may be extreme — fortunately double suicides due to controlling in-laws just aren’t that common — marital strife when husbands and their mothers-in-law don’t get along isn’t unusual at all.

According to Amber L. Mied, a family attorney in Scottsdale, Arizona, “Marriages can often find themselves in crisis over in-law situations. The most common theme I’d have to say is the ‘intermeddling’ in-law,” like the father-in-law who comes over and fixes the sink because he doesn’t think the husband has the handyman chops. Or the mother-in-law who takes the baby for his first haircut without asking the parents first (true story!). Or the parents who make disparaging comments about their son-in-law’s job to anyone who’ll listen.

These “intermeddling” issues can wreak havoc on the whole family—often bringing children into the middle of conflicts between their parents and grandparents, which Mied says, “is obviously very unhealthy and scary.”

These issues do stem from somewhere, Mied says. “There is a strong likelihood that the in-law relationship was probably strained from the start—a typical scenario is the spouse, in the parents’ eyes, was just not ‘good enough’ for their child.”

This is an issue that Peter Semeyn, a pastor in suburban Chicago who has counseled hundreds of pre-marital couples in his career, says he sees often.

There’s a reason a poor shot in golf is called a son-in-law shot, Semeyn says. “Because it’s not exactly what you had in mind. Parents have an ideal of whom their children will marry. And that almost never happens — because it’s an ideal.”

But even if the conflict has been going on for years, all is not lost, according to Mied and Semeyn. There are a few steps couples can take to ease the strain.

“What I find that mothers and fathers really care about when it comes to husbands for their daughters,” Semeyn says, “is their daughters finding somebody who will take care of their daughter … who really cares for them, emotionally, spiritually, maybe somewhat materially.”

(Though, Semeyn says, it’s not even necessarily to be a great provider. He thinks most parents are more concerned with knowing the man “respects their daughter for who she is and what she cares about.”)

Along those lines, Semeyn suggests daughters tell their mothers (and fathers) the ways their partners respect and care for and about them. Semeyn says, “It’s important for a daughter to say, ‘Here’s what I see in him that you don’t know about.’”

Though working things out early in a relationship is key, if the conflict has gotten to the “unhealthy or scary” levels that Mied references, help from experienced family-crisis professionals may be in order. “The goal of both the legal and mental-health professionals here is to minimize conflict as best we can and give the parents the tools to keep conflict at bay,” Mied says.

In counseling, the family can develop lists of rules and boundaries between in-laws. Sometimes these “rules” mean waiting five minutes before sending a complaining or mean text about an in-law. Other times it’s to establish expectations around the kids — like a daughter won’t allow her mother to make nasty comments about the kids’ father when they’re in earshot (or ever, ideally).

Though these “rules” may sound overly picky, they have been known to save marriages. (One marital research study by Terri Orbuch even suggested that marriages were 20 percent more likely to stay together if male spouses got along with the in-laws.)

Ultimately, Semeyn says, it’s helpful to go way back in the beginning: to Genesis 2, which says, “Therefore a man leaves his father and his mother and clings to his wife, and they become one flesh.”

This is a big “transition of relationships” for everyone, says Semeyn. A child transfers her primary relationship to her spouse from her parents when she marries — and this can be rough on the parents.

Remembering that these transitions are really hard for our mothers can help smooth out relationships between our moms and the men we love. A little understanding and a lot of grace go a long way.

Read more:
Why we should retire the term “mother-in-law”