Francis plans “spiritual closeness” for Britain’s Rosary on the Coast 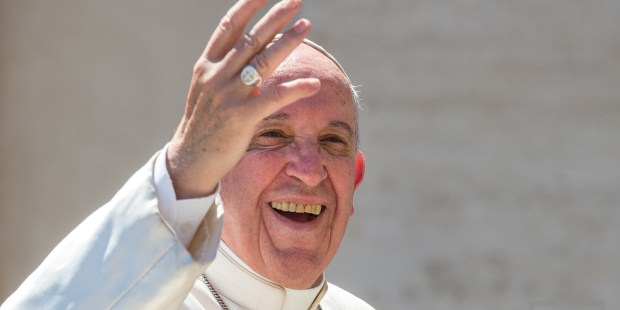 Gives his apostolic blessing to all who will participate in April 29 event.

Pope Francis says he will be spiritually close to all those who will participate in the United Kingdom’s version of the Rosary on the Coast, planned along the coast of Britain for later this month.

Read more:
Irish encircle the country with the Rosary, mindful of threats to life

The Irish event brought together an estimated 30,000 Irish Catholics, who gathered at about 300 sites along the coast of Northern Ireland and Ireland to pray the Rosary, thus “encircling” the country in prayer.

Read more:
Our Polish holiday at “Rosary to the Borders” (PHOTOS)

Archbishop Edward Adams, apostolic nuncio to the United Kingdom, said that the pope “presents His greetings to all those persons participating in the Rosary on the Coast for Faith, Life and Peace in Scotland, England and Wales … assuring them of His spiritual closeness to them in their prayers.”

The pope imparted his Apostolic Blessing on all those who will participate in the event “as a pledge under the protection of Our Blessed Lady, Mary Mother of the Church.”

The pope thus referenced the new feast day, the Solemnity of Mary Mother of the Church, which will be held for the first time this year, on the Monday after Pentecost, May 21.

Read more:
How to learn to love the Rosary (even if you hate it)