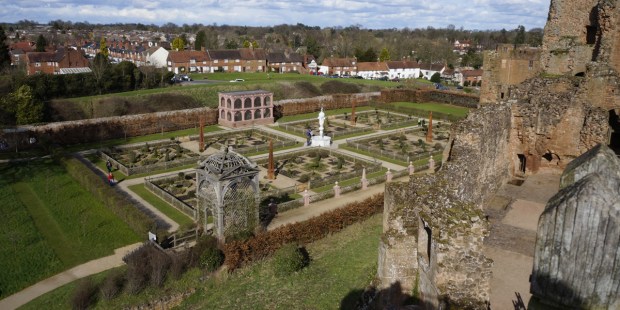 New technologies are helping researchers understand the plants and purposes of gardeners over the millennia.

It’s that time of year again, folks, in the northern hemisphere. For those who have even a little bit of land, the thawed earth, warm sun and plenty of rain can mean only one thing. Gardening.

But those planting vegetables are not the only ones who’ve been digging lately. Archaeologists have also been turning over the dirt in some of the more intriguing gardens around the world.

If you find yourself shut inside because of April showers one of these days, you might want to check out this fascinating article at Archaeology.org, a publication of the Archaeological Institute of America. The fact is that gardening, like most forms of human activity, leaves a historical trace, and we are now coming to learn more about the kinds of gardens people had over the past millennia.

The archaeological investigation of gardens is not new, as the article notes. It’s been going on since the middle of the last century. But there are new technological developments which help us understand the raw materials that are being uncovered.

“As technology has evolved, researchers have not only been able to discover where gardens were located and, generally, what they were used for, but also to determine which individual plants were cultivated and how long they thrived,” Archaeology wrote. “Along with written sources, this has allowed researchers to see how gardens changed over time and what they can tell us about the people and cultures who nurtured them.”

In Naantali, Finland, for example, archaeologists were able to recover an astonishing 4,561 plant macrofossils around a church that is the only surviving building of a medieval Bridgettine cloister, which was occupied between 1443 and 1554.

“In addition to dietary staples such as rye, barley, and other cereals, the team discovered several species with healing properties, including henbane, greater celandine, St. John’s wort, nettle, and juniper,” the article said. The researchers leave open the possibility that some of the plant remains were cultivated elsewhere. But radiocarbon and archaeological dates have allowed them to determine which plants came in and out of use over time from before the cloister’s founding until its dissolution during the Reformation.

The article also introduces readers to, among others, Roman empire-era villa gardens in the Bay of Naples, Italy; Maya commercial gardens in El Salvador, and a cemetery in Philadelphia, built on the estate of an early American aficionado of plants from around the world.