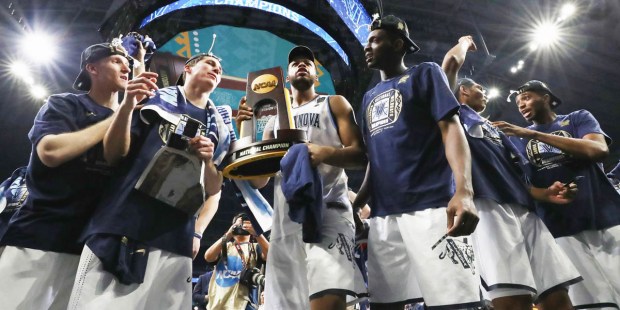 The long road of March Madness has come to an end, with the Villanova Wildcats besting the Michigan Wolverines in the finals, 79 to 62. This makes two championships for the Wildcats in the last three years.

The star of the night was Villanova’s guard, Donte DiVincenzo, who put the team on his back, scoring 31 points. That’s the most points scored against the Wolverines by a single player all season.

After securing victory, and bragging rights for the following year, the Wildcats gave their post-game interviews, with one word on all of their minds: Blessed.

Villanova guard, Phil Booth said, “It feels great man. I mean we got another win. A lot of people don’t get one, but to get two. It’s amazing, I’m just blessed to be around this great group of guys willing to sacrifice for the guy next to him.”

Nova’s forward, Eric Paschall, talked about his mother, who keeps him grounded through faith.

“Blessed. Just coming from where I come from, I always dreamed it. I’m keeping my faith high and making sure that we do all the right things,” said ‘Nova forward Eric Paschall.

“I just feel like we’re all blessed to be here at this atmosphere, being in San Antonio, being able to come down here. My mom shoots me texts every day. Just saying how blessed you are and how humble to be around this, so definitely…she shoots me Bible verses. If you go through my phone there’s a whole bunch. So she keeps my faith really high. It just keeps me level-headed you know. Just to know that there’s someone higher out there,” Paschall had said before the game.

Senior guard Matt Kennedy called the season a “wild ride,” which was controlled by a firm faith:

“I think faith has been a good driving force for that. In the grand scheme of things, this is an amazing event that we’re going to be remembered forever. But it’s still a basketball game, just keeping faith always in mind always helps us keep perspective and keeps us humble and hungry,” Kennedy said.