Take this free course on Martin Luther King, Jr.: Meet the man behind the movement 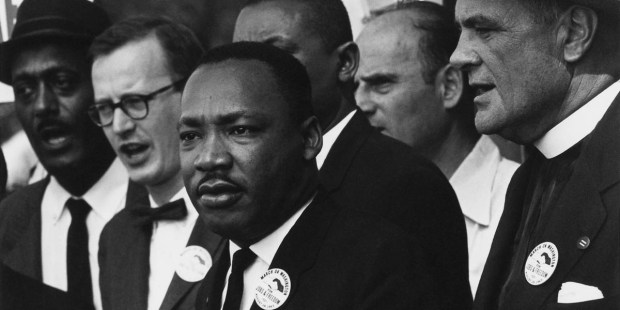 What might surprise many is that he was reluctant to get involved in the beginning.

The Rev. Dr. Martin Luther King, Jr., has a federal holiday of his own. He’s on a U.S. postage stamp. There are hundreds, perhaps thousands, of streets named for him throughout the United States. His name is probably the first that comes to mind for most people in any discussion of the civil rights movement in the U.S.

And yet, he was reluctant to get involved in the early days of that movement.

King, as a newly ordained Baptist minister in the mid-1950s, wanted to “settle into a nice quiet pulpit and do nice quiet work” in Montgomery, Alabama, said Holloway, a professor of history at Yale. But the ministers in town were involved in an evolving plan to protest the policies of the local bus company, which expected black riders to give up their seats any time a white person needed one. When Rosa Parks refused to give up hers, King was “thrust  into the limelight in a way he never wanted.”

The other ministers in town felt that if the bus boycott failed, King would have a chance to rebound, since he was young. So they sent him out in front of a group formed to organize the boycott. “He had already declined an invitation to head the local NAACP, for the sake of his child’s safety,” Holloway said.

But the young minister finally agreed to his colleagues’ wishes and delivered a stirring sermon.

“The audience is going crazy, energized by this young man who’s come out of nowhere,” Holloway notes, as he plays an old recording of the speech.

With that, King began a rise to prominence and travels around the country in support of the boycott. The bus boycott was successful, and the reaction from those in favor of the status quo proved that King’s early reluctance was not unfounded: his own house was bombed and people were shot at, Holloway said.

But the event brought King to national prominence, and the country and world would hear many more speeches, until his voiced was silenced by an assassin’s bullet, 50 years ago today.

Holloway’s lecture looks at the development of the Southern Christian Leadership Conference, which King led, as well as other activists and organizations in the civil rights movement. Indeed, Holloway argues that there was no single civil rights movement, but that there were many activists working in a variety of different ways and with varying degrees of success. It is an interesting look at Martin Luther King and his times.