Did Pope Francis give a sneak peak of his new doc on holiness? 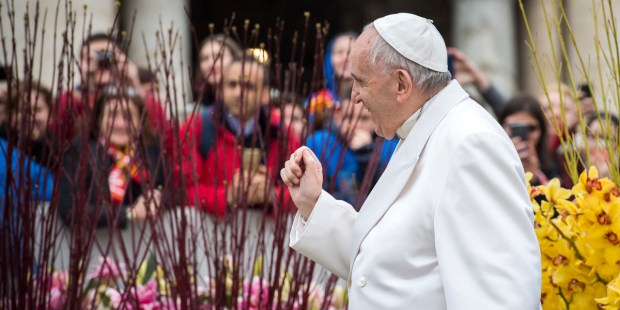 At the Wednesday audience, he offered a five-word definition of sanctity. An exhortation on the theme is due Monday.

The Vatican announced today that on Monday, April 9, a new apostolic exhortation from Pope Francis will be released. It will have the title “Gaudete et Exsultate.”

The document will cover the theme of holiness in the modern world.

He was speaking of being a Eucharistic man or woman, and he said:

“It means letting Christ act in our deeds: may His thoughts be our thoughts, His sentiments ours, His choices our choices. And this is holiness: to do as Christ did is Christian holiness.”

Read more:
Pope Francis: ‘Do Not Be Afraid of Holiness’