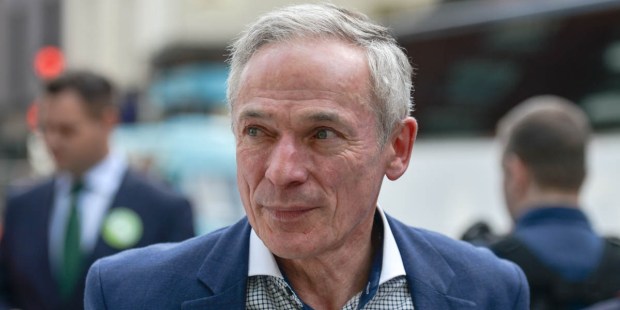 But Catholic group charges that removing the “baptism barrier” is itself discriminatory.

The government of Ireland is preparing a new policy intended to prevent the Catholic Church from discriminating on the basis of religion, but Catholics there say the proposed policy is itself discriminatory.

In Ireland, the Church runs more than 90 percent of schools, which also receive government funds. The schools are permitted to give Catholic children priority for admission when there is an excess of applicants to a particular school.

But Richard Bruton, Ireland’s education minister, is expected to soon announce plans to make legal changes to remove what is called the “baptism-barrier.” Bruton has said that it is “unfair that preference is given by publicly-funded religious schools to children of their own religion who might live some distance away, ahead of children of a different religion or of no religion who live close to the school.”

He has also said that minority faiths, such as the Church of Ireland, will be able to continue to use religion in the admission process for their schools, Catholic News Agency pointed out.

The education minister “has also stated it is unfair parents feel pressure to baptize their children in order to gain admission to the local school,” the Irish Independent reported.

But the Ombudsman for Children has also cautioned that plans to only partially lift the barrier will end up discriminating against children seeking access to minority faith schools.

Catholic groups have warned that legal attempts to abolish the “baptism barrier” will create constitutional problems and open the government to legal challenges from parents and religious bodies, said the Irish News.

Ireland’s Constitution protects the right to religious education and also has protections against religious discrimination. It acknowledges the right of parents to “provide, according to their means, for the religious and moral, intellectual, physical and social education of their children.”

The move comes in a year when both Irish religion and politics are even more prominent than usual. On May 25, voters will be asked whether to remove an amendment to Ireland’s constitution that gives equal rights to unborn children. And in August, Pope Francis will make his visit the Emerald Isle, to take part in the World Meeting of Families in Dublin.