You won’t hear this every day: A visit from the pope has this Swiss diplomat speaking Latin 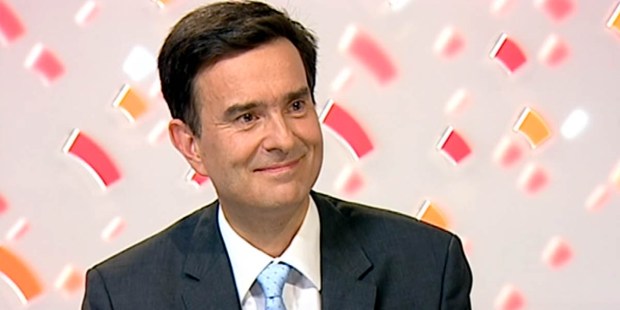 Pierre-Yves Fux is a Latin scholar—he reads Virgil in the original language—who also speaks Greek and Hebrew, and is a former researcher at the Vatican Secret Archives.

He was given the duty of translating into Latin, on the fly, during the program Pardonnez-moi of the RTS, the following phrase: “Pope Francis will fly to Geneva and meet the Federal Council.”

This trip, planned for June 21, is the result of five years of work, says the ambassador.

Read more:
God only knows how much we need … Latin?

When Pope Francis began his pontificate in March 2013, some 80 invitations to visit countries were instantly sent to the new Successor of Peter.

“We worked on it,” the ambassador says, and it was “the Swiss cardinal Kurt Koch [who] initiated this visit,” persuading the pope a little before last Christmas.

Cardinal Koch is the president of the Pontifical Council for Promoting Christian Unity.

According to the diplomat from Geneva, the humanitarian aspect and the defense of international law, which are very important for Switzerland, probably also counted a lot in the decision.

Read more:
Pope Francis: Pass on the “truly rich heritage of the Latin tradition” to the young