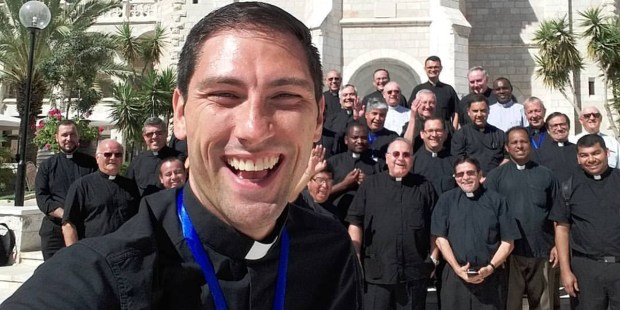 Condition most often affects men between ages of 20 and 50.

The Legionaries of Christ released a statement on April 6 regarding the death of their confrere, the young US-born seminarian, Anthony Freeman.

Brother Anthony had just finished spiritual exercises and had served the Easter Sunday Mass presided by Pope Francis in St. Peter’s Square on the day he died.

He was found dead on Easter Monday in the afternoon. He was 29.

According to the statement: “Brother Anthony Freeman, LC, died on the night of April 1-2, at the age of 29, at the International College of Legionaries of Christ in Rome. The death was due to a dilated cardiomyopathy according to the result of the medical examination communicated to the congregation today, Friday, April 6.”

The Mayo Clinic explains that dilated cardiomyopathy might not cause symptoms, but for some people it can be life-threatening.

The statement from the Legionaries also noted that several hours passed before the brother was found.

On April 2, at 11:15 a.m., about 40 brothers from his community, accompanied by the rector, went on a trip in several vehicles to a place near Sorrento to have a few days of rest and relaxation.

Brother Anthony was active on Facebook and Instagram with his “Catholic Life Coach” pages. He also had a web site, branthonyfreeman.com, and had a book released in January. He was set to be ordained a deacon this year in Houston.